Join us for a virtual repast as Kentucky welcomes Auburn to Commonwealth Stadium.

Welcome to the Kentucky Wildcats-Auburn Tigers Virtual Tailgate, the place where we enjoy some virtual cuisine and talk a little Kentucky football as we march inexorably toward tonight’s opportunity for the Wildcats to excel.

Kentucky has had 12 days to prepare for the Tigers, who are also coming off a bye week, so there is no advantage to either team other than the healing of injuries. We’ll get to all that, and more, later. Right now, let’s get some food and social lubricant.

Speaking of social lubricant, our cocktail, as usual, comes first. Today’s selection will be: 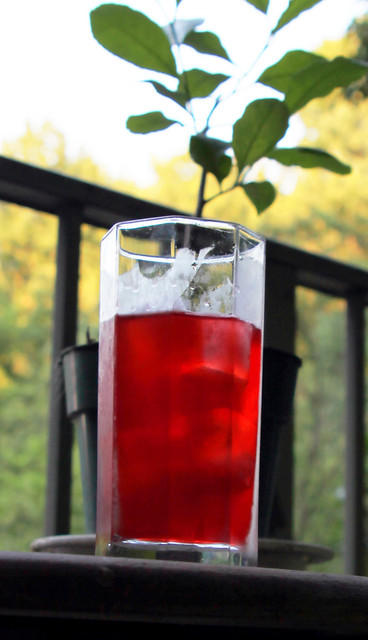 Because Auburn, as you know, is in Alabama.

Made from Southern Comfort, sloe gin and orange juice, this concoction is just the thing to warm up a cool football evening.

Moving on to the appetizer, we have: 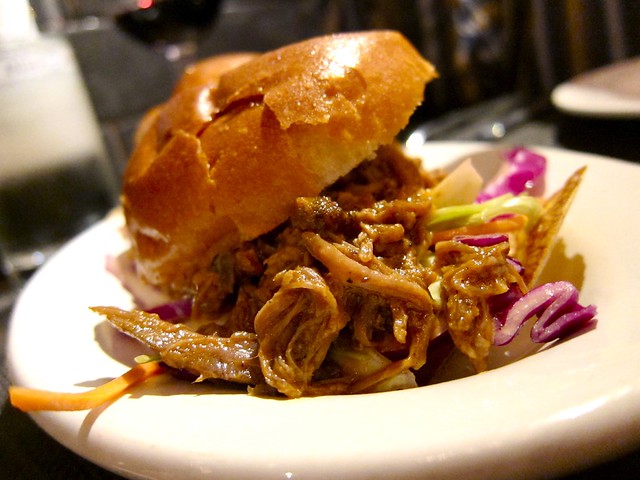 Alabama loves its barbecue, and so do we here in Kentucky. I’ll have mine with a little coleslaw, please.

For the entrée, we’ll be offering: 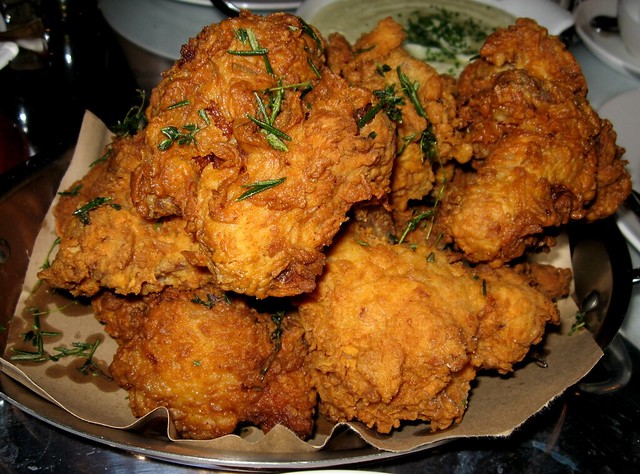 Seriously, who doesn’t love fried chicken? Yeah, the calorie-conscious, I guess, but in this tailgate, you have to bring your own diet if you’re on one.

For the sides, we’ll be having: 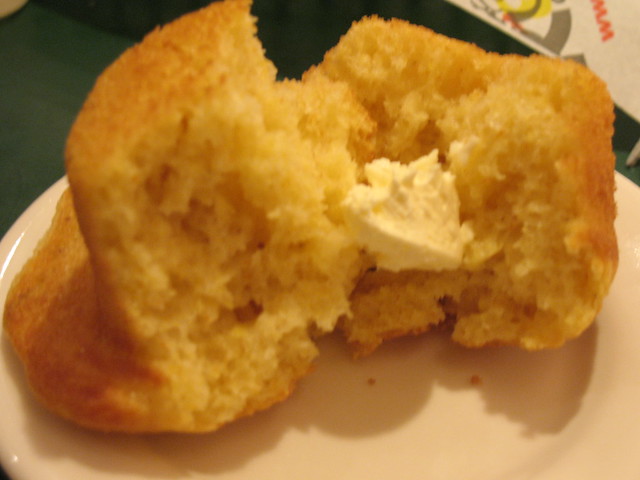 And to go along with that: 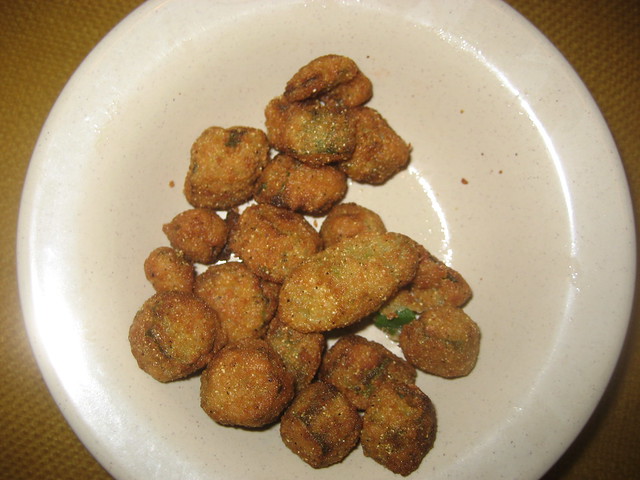 It’s not slimy this way!

Yeah, I get that this is a bit of a fried-food fest, but remember, we’re eating like Alabama folks!

Beer, anyone? Yes, we must, and today we must have: 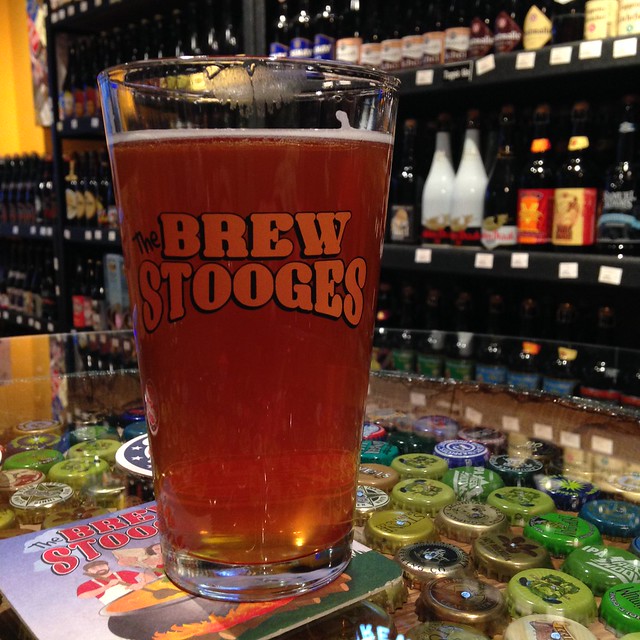 Out of Huntsville, this is a brew pub who’s product looks like a winner to me!

Finally, we have to have some desert, and today we’ll be enjoying: 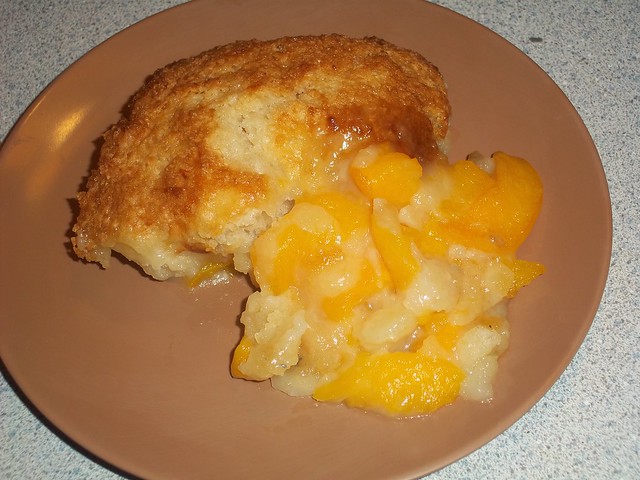 Nothing like a good cobbler to finish off a Southern meal. We have it à la mode if you prefer — and who doesn’t?

Okay, now let’s talk a little football. Quite honestly, I’m still just a bit disturbed by what happened back on October 3rd, having to go to overtime to beat Eastern Kentucky. That was just one of the most frustrating games I have witnessed, and the Wildcats came within a hair’s breadth of having another one of those memories nobody wants.

But now we welcome Auburn to town, and Auburn has been all kinds of disappointing this season compared to pre-season expectations. Losing to LSU on the road is certainly no shame, but doing so by over three touchdowns can’t be what Gus Malzahn had in mind. Losing to Mississippi State at home and putting up only 9 points in the process has doubtless caused consternation on the Plains, as did the surprisingly narrow victory over San Jose State. Still, Auburn remains an extremely dangerous team, although based on this season’s results, one would have to say that Kentucky has a chance in this one, especially in Commonwealth Stadium.

Having said that, the fact remains that Kentucky has yet to play well at home despite their 4-1 record. Narrow victories over what should have been markedly inferior teams have left fans scratching their heads, but Kentucky has also beaten its only two SEC opponents, whatever you think of them, one on the road and one at home.

I like Kentucky’s chances in this game, but they have to figure out a way to get Auburn off the field. Auburn has been a possession-style offense this year, unlike the explosive offense they have had for the past couple of seasons, and have been grinding defenses into the ground. Auburn isn’t nominally a threat to score 40 on Kentucky, but neither are they likely to give up that many to UK.

As you can see, it’s mostly good news for both teams on the injury front. Sorry to see Nico Firios go down, and we wish him a speedy and complete recovery. However, our linebacker depth could be a bit doubtful this game.