Welcome to A Sea of Blue's virtual tailgate for the ULM Warhawks vs. Kentucky Wildcats game.

Welcome to the A Sea of Blue Virtual Tailgate for the University of Louisiana-Monroe Warhawks at the Kentucky Wildcats. Kentucky is 4-1 for the first time in a long time, and their newfound competitiveness has the Big Blue Nation very excited about the possibilities of this football team. There can be no doubt that Mark Stoops & Co. have this program well ahead of schedule in their effort to rebuild it from the lows of the last two seasons.

But we’ll have more about that, and the game today, later on. Right now, it’s time for some good tailgating food, and since we have a team from Louisiana, the home of some of the greatest food in America, our meal will have a distinct Louisiana influence.

First off, we have our cocktail. The main party street in New Orleans is called "Bourbon Street," as you know, and it is named that for a reason. Louisiana may be second only to Kentucky in their embrace of bourbon whiskey, but today’s drink is made with rye: 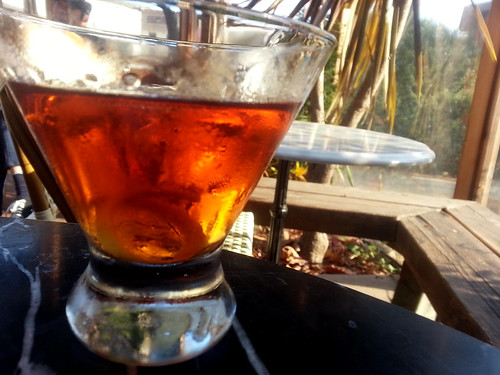 A Sazerac is made with rye whiskey, bitters and absinthe. It is more or less the official drink of New Orleans, and it’s got a character you’ll never forget.

Next, the appetizer. This dish may not have been invented in Louisiana, but it was arguably perfected there: 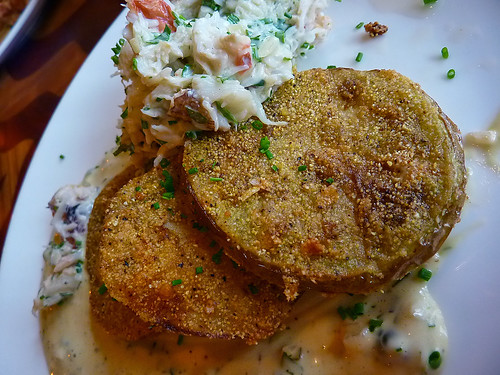 Fried green tomatoes will put a smile on anybody’s face, and that is a great way to start a tailgate. Heck, what’s not to like about fried anything?

For our entre, we’re going to have to go to a Louisiana classic: 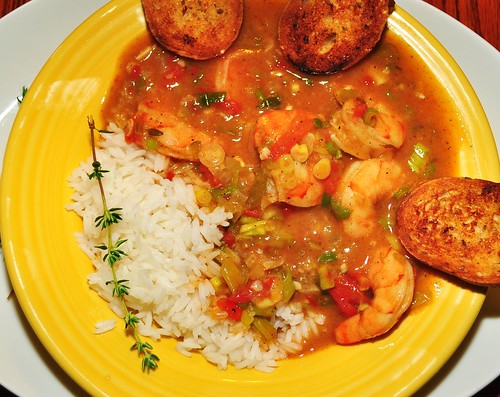 Yeah, this stuff is every bit as good as it looks. We’ll make it mild to keep from scaring away the capsaicin-phobic.

So now on to the side, which is a little unnecessary since we get rice with the etouffee, but still: 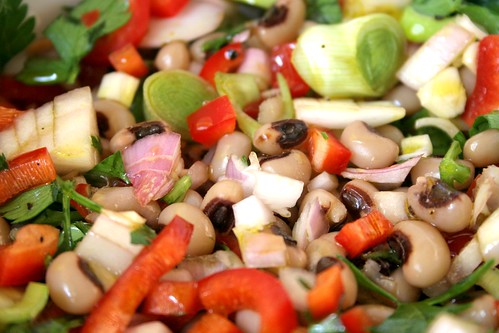 Something nice and refreshing to go with our rich etouffee. Lots of goodies in there for us.

Next, the beer. Sticking with our Louisiana theme, it must be from Louisiana: 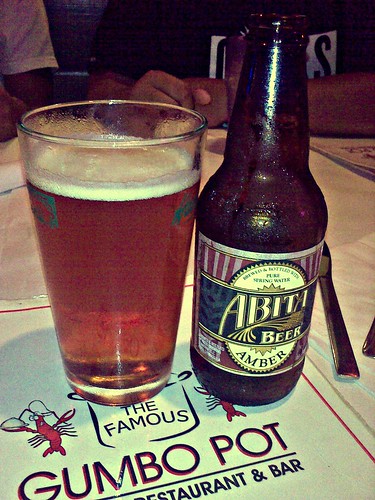 Mmm. Delicious, and straight from Louisiana.

Finally, we have dessert, and today we’ll be enjoying:

Nothing particularly Louisiana about this, but it’s fresh, tasty, and fairly light. Works for me, hope it works for you as well.

Well, fed and with a bit of alcohol to relax our minds and bodies, let’s talk about the football game. Will has already explained that ULM’s offense is anemic to say the very least, but that they have a stout, unusual 3-3 "stack" defense and are capable of any number of blitz packages from both the linebacking corps and secondary. That means UK’s offensive line, which was so successful blocking the South Carolina defensive attack, will once again be challenged.

Kentucky’s main offensive theme in this game should be to play ahead of the chains if possible, because if they get into obvious passing downs, we might wind up with a quarterback getting knocked around more than we’d hope. The best way to avoid that is to utilize the Wildcats’ deep running back corps. If UK can get into some early 2nd and short situations, it can take some shots downfield off play action. The key to Kentucky’s success today will be run blocking. If the Warhawks stack the box, slants and hitches should be easy check-downs.

The key to Kentucky’s success on defense will be all about the linebackers. ULM’s offense appears fairly conventional, and if Kentucky can force the Warhawks to throw into the Wildcats’ improved secondary, there will be plenty of opportunities for the likes of A.J. Stamps to jump routes and pick off passes. ULM is statistically behind the eight-ball in this one, and one way to make sure they stay that way is to force turnovers. UK has done a very good job of that all year, currently sitting tied for 11th in the nation in turnover margin.

Hopefully the Wildcats will be able to make short work of the Warhawks, and get some playing time for the second and third units. That would be the best possible outcome, but I’d be remiss if I didn’t acknowledge that taking an opponent like this lightly is usually a recipe for disaster, and if Kentucky hopes to find a way to unexpected bowl eligibility, this victory would seem to be a necessity. In any case, it would also get Kentucky to 5 wins, which was more or less the high end of what most of us expected this season, with six full games remaining to do better. That’s a nice spot to be in.

Well, that’s it. I’ll be toasting you all to victory from some pub down by the harbor in Annapolis before we head off the the Navy-VMI game to cheer on the Midshipmen.