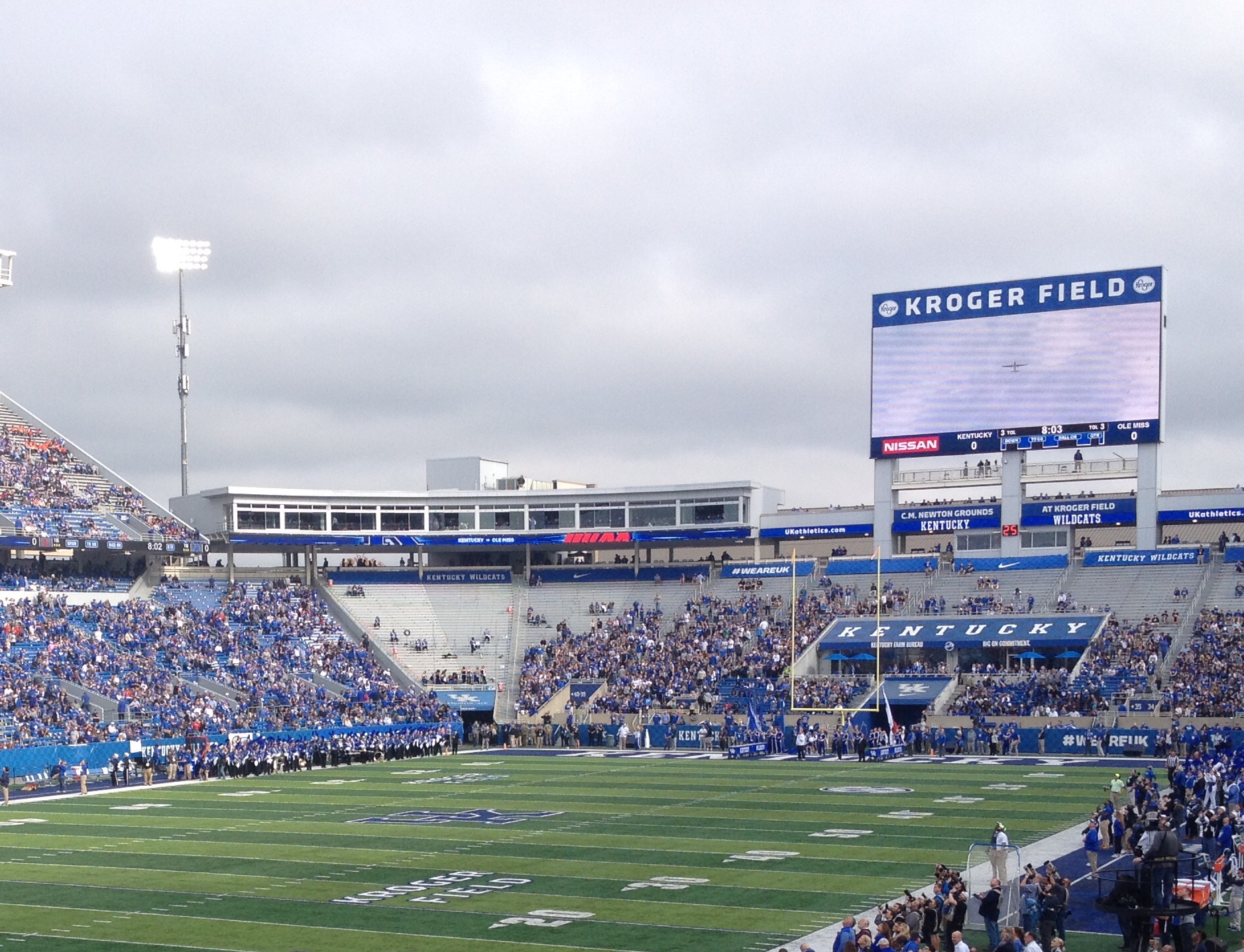 Kentucky football in its history has lost a lot of games to the other 129 members of the FBS, but 26 teams still remain that they have yet to take a loss against in their matchups. Of course, being 1-0 against UTEP is nothing to write home about, but some streaks are quite impressive.

Grouped in multiple tiers below are the 26 teams, with Kentucky’s undefeated record against them. Teams Kentucky has never played are not included.

I’d be worried if they weren’t undefeated:

All of these teams are Group of Five bottomfeeders, paid to come to Lexington to give the Wildcats a (hopefully) guaranteed win in the middle of an always daunting SEC schedule. Thus, Kentucky has not lost to them, since the whole point of playing them is because they are pushovers. Now, in fairness to those Group of Five programs, these teams are not always terrible, but those years they rise to fame are the same years Kentucky and most other power programs avoid them.

A bit more to look at here

Eastern Michigan was supposed to be a guarantee game in 2017, but they took Kentucky down to the wire as the ‘Cats escaped 24-20. Trailing by four, the Eagles passed to the endzone as time expired, but a UK pick saved the day after a devastating loss to Florida the week before that also had plenty of 4th quarter drama. Then two years later when the teams played again, a dirty horse-collar tackle from the Eagles took out star QB Terry Wilson for the season as the ‘Cats rolled 38-17, but at a price. This is a streak UK fans will hope lasts for a long time, and one Eastern Michigan fans will long to break.

South Florida, Eastern Carolina, Uconn, and Hawaii have not popped up on the schedule much, but they garner a bit more attention than teams from the other Group of Five conferences. Virginia is one of the more bizarre ‘streaks’ Kentucky owns, as they have only played them once and apparently are content to leave it that way. The year? 1930. The ‘Cats won 47-0 and have never played them since. Now Kentucky fans can boast that there is a Power 5 school that has never scored a point off them in ‘all’ their matchups. Similarly odd is their one triumph over TCU, accomplished in the 1950s with the final score 20-7.

Kentucky is 4-0 against Memphis and hasn’t played them since the 1950s, and defeated Oregon State twice a few decades back as well. The Beavers are somehow the only Pac-12 team to have played Kentucky, making the Wildcats undefeated against the Pac-12! The big gem is the 1984 triumph over Wisconsin, a football giant that Kentucky has not played since.

Kent State, Central Michigan, and Marshall are all teams played for easy wins, but the beauty lies in the amount of times Kentucky has defeated them. A 7-0 record against Kent State can slowly grow over time, especially with the two teams scheduled to square off this season.

What is Kentucky’s most precious streak they need to keep alive? Well, the Wisconsin win is impressive, but they likely won’t meet again outside of a bowl or the CFP (it could happen!). Because Kentucky heavily schedules the MAC every year, Kent State and Central Michigan regularly show up as the ‘Cats’ opponents. Extending one of those to 10 or even 20 would look very good for the Wildcats. Of course, everybody loses to someone at some point. Memphis has never beaten Kentucky but has a win over Alabama.

In the next part of this FBS Flyover series we will look at the FBS teams Kentucky has never beaten (Clemson, Alabama, and Oklahoma are not in it!)

Which Kentucky football undefeated streak is your favorite?

Which Kentucky football undefeated streak is your favorite?