Skip to main content
Breaking News Tennis Cats to play for a natty!

Mark Stoops brought up pattern-matching yesterday after practice. Let's go over the basics.

Pattern-matching is, roughly, like match-up zone in basketball. Instead of a defender covering a specific offensive player in man coverage or a specific zone, they identify and then defend players who enter their zone. In football just patrolling your zone is called spot-dropping, but tightly defending a man in your area is called pattern-matching. Zone defenses at the higher levels do more of the latter than the former.

The purpose is two-fold: further disguise your coverage, and also protect the soft underbelly of your zone. As we mentioned previously, Stoops' defenses play a lot of Cover 3 and it's weak point is along the seam. The seam is either border area of the middle deep third. If the ball is in the middle of the field the seams would be the hash marks roughly. A quick reminder of Cover 3: 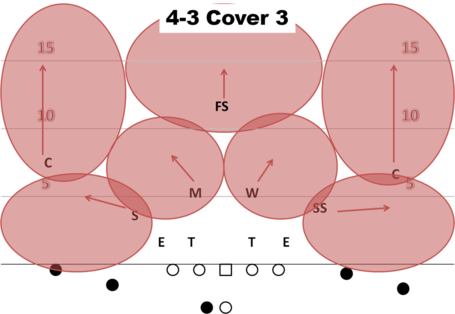 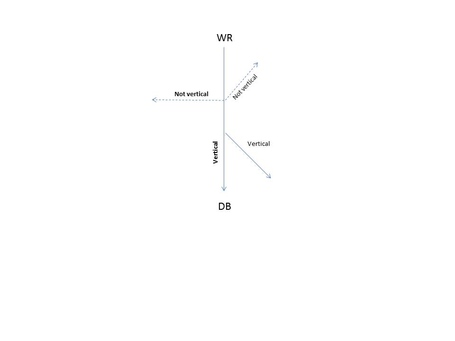 Let's get to some role specific examples in Cover 3 while keeping in mind rules will vary depending on scheme. This is only meant as a broad overview. 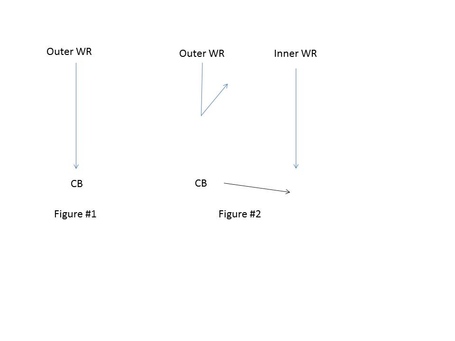 UK will play with five defensive backs a lot this fall. In those situations this may be his responsibilities (though, if you have that much speed on the field Cover 1 may be the coaches primary coverage choice rather than zone).

Key inside receiver and if he breaks into a short route towards the sideline the nickel back will continue to cover him. If the receiver breaks short BUT cuts inside that receiver will be turned over to an inside linebacker. If the inner receiver goes vertical the nickel back attempts to bump him (to disrupt timing and route), and then passes him off to the cornerback or safety, while turning his eyes to the outer receiver.

MIKE will first take away any shallow crossing route by the inner receiver (after the nickel back has passed him off). If the inner receiver goes vertical, he keeps his head on a swivel looking to identify any other receivers passing through the middle shallow zones.

Also looking to defend the middle shallow zone on his side of the field with an eye towards the most outside receiver on his side first. If that receiver goes vertical he then keys the inner receiver. This will typically be the running back leaving the backfield on the weak side in a shallow route to the flats.

Playing deep middle third, praying his teammates are bumping any receivers originated from the inside and running vertical routes. Again, the seam area is the soft underbelly of Cover 3, and pattern matching is an evolution to counter offense's looking to exploit that area.

Here is a break down of how each position will act against two basic offensive concepts. You can see why Stoops mentioned why communication was important when all the pieces get put together. First against Four Verticals: 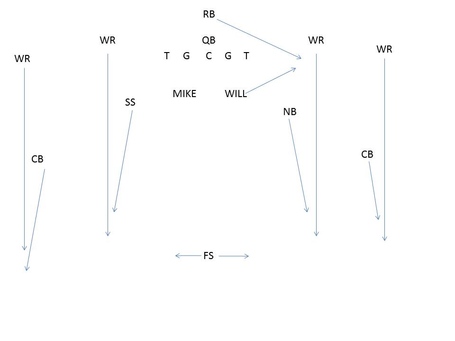 The Smash concept is a common play-call. It has one receiver run a shallow route, while another receiver on the same side runs a deep route. The idea being you force the defensive backs to choose which one to defend and pass to the open receiver. 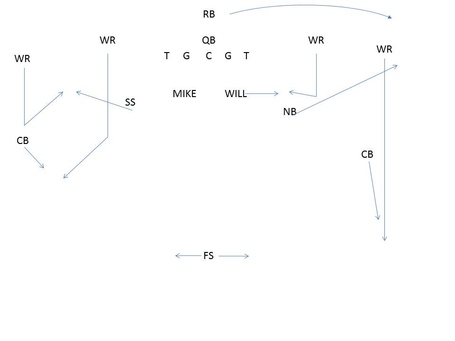 On the left side you see the Smash concept, and the defenders reading the routes and following their rules. On the right side the outer receiver goes vertical and the cornerback follows. The nickel back keys the inner receiver but then lets him go for WILL to pick up when he runs a shallow inside route. The nickel back then spots the running back coming out of the backfield. The running back has become the second receiver from the sideline, and has become his responsibility.