A look at the comparison of the two players as word that Big Cuz will likely be left in the cold to give Plumlee a seat on the bus.

The news came fast and furiously regarding the scuttlebutt that Coach K is likely to cut DeMarcus Cousins in favor of former Duke star Mason Plumlee.  I want to take this time to make the case for both players and look "objectively" at why each would be the better option for team USA.

The Case for Boogie Cousins

Let us first look at how one of BBN's all time favorites, Boogie Cousins stacks up vs. one of the Plumlee

It is a close call but I would have to give Cousins the nod on the statistical aspect of it, only because he has more NBA experience and is the same age < /sarcasm >.  Truthfully, it is astounding that this is even being considered, but this is what happens when you have an insanely talented and equally misunderstood player like Cousins involved.

Where Coach Mike Krzyzewski is being short sighted is that sometimes you just have to suck it up and take the talent that you may not like... if you want to win.  Do not get me wrong, I am not claiming to know more than Coach K, the man is a legend and obviously knows what he is doing and how to win when he is in control.  The point I am making is that Coach K knows how to win, but it has to be on his terms, not the parts around him.   There is absolutely no question that Big Cuz is light years ahead of Plumlee from a production standpoint.  Part of me wants to see Krzyzewski actually do it just to hear the rationale behind it.

There are whispers that there is a fear of Cousins being a ticking time bomb that could be a distraction instead of a team player.  While there is past incidents and behaviors that may actually make that a somewhat valid concern, the truth of the matter is that it is likely a convenient excuse.  Many will say that it is clearly a biased pick of a former player, some will take it even further than that.  I fall in the middle somewhere.

There is no doubt the choice is asinine, but for me the reason he would pick Plumlee has more to do with K copping out of a challenge.  Coach Cal is the poster boy for taking otherwise immature players and turning them into selfless team players who love to win above all else.  Coach K does not have that same ability to connect with players not already "bought in" because of who Coach K is.  This is going to be at the crux of the decision, in my opinion, if Coach K chooses Plumlee over Cuz.  It is also yet another reason we should all be thankful for having Coach Cal on our sidelines.

One of the more entertaining aspects of this potential development has been the reaction on twitter, a few of my favorites:

If Coach K really keeps a Plumlee, it's team for Cal to grab Boogie and Rose and Brow and Wall for alternate team USA. #LetFreedomRing

I'm going to hold up and see if Coach K really goes through with this before researching how to impeach a national team basketball coach.

This will be Coach K's pitch to recruits, "if you come to Duke, I'll put you on the USA roster over clearly better players."

Even Tom Crean is confused by Coach K's decision. pic.twitter.com/m7UAqxQmyF

U are an Indiana fan. You haven't seen good basketball in years RT @dWADEn_5: @KySportsRadio I'd rather have a team player. #Plumlee>Cousins

If DeMarcus Cousins is left off Team USAs roster for Mason Plumlee...I've got no words.

The bottom line is that Coach K can take the far superior player and do a little more coaching and connecting and destroy the rest of the world.  The alternative is he takes the safe, underwhelming, perplexing, asinine way and avoids the challenge of coaching one of the best big men on the planet and still may destroy the rest of the world.  Colangelo and K can say anything they want about Cousins maturity level, but the truth of the matter is he will not derail team USA and everyone knows it.  I challenge K to sack up and go for the first down instead of running a draw play and punting.

The Case for Mason Plumlee 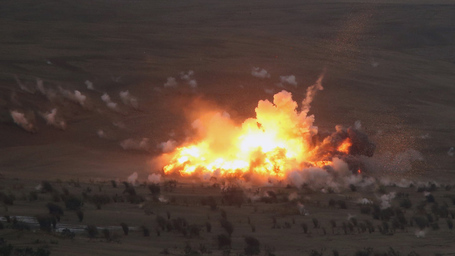