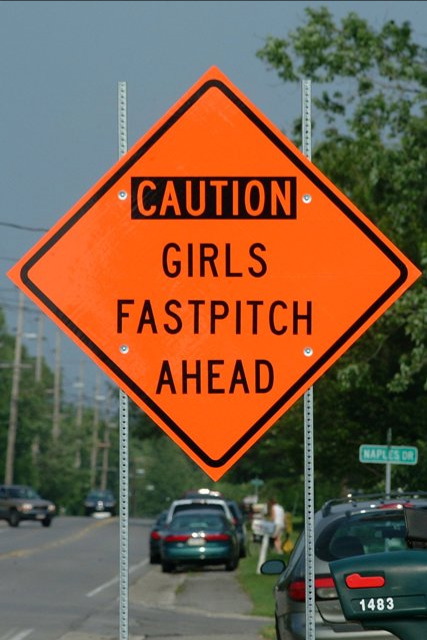 Rachel Lawson and her coaching crew have led UK Softball to their best start in school history at 16-2, with early season wins against #2 Oklahoma, and #15 Texas. Anticipated bad weather in the Lexington area Sunday (possibly a side affect of the tears BBN shed after the Cats went down to USC Saturday night) resulted in a double header Saturday against both Pitt and EKU. These Cats were up to the challenge, first taking on Pitt for a 9 inning grind that ended in an Ansley Smith walk off hit for a 4-3 Wildcat victory. The joy of that win helped spur the Cats on to their second W of the day as Senior Emily Gaines hit her first career home run to deliver a 2-1 victory over EKU.

Today's game wrapped up the non-conference schedule, and next Friday begins the true gauntlet - SEC play. The SEC continues to prove why it is the nation's preeminent conference, with 8 ranked teams in the Top 25 - and yes, that's more than any other conference. Florida is currently #1, at 17-0. Tight on the Gators' heels is #3 Tennessee, with Kentucky and Alabama close behind. Other ranked SEC teams include TAMU, Georgia, Mizzou and LSU.

If you're new to the softball world, no worries - we're only a few weeks into the season. There is still a LOT of diamond action in our future, and this club is showing they have the talent and drive to make it a season to remember.... hopefully with a trip for our Cats to the CWS in Oklahoma City.

Names to keep in mind as the season progresses:

Lauren Cumbess - Senior Pitcher who thus far has hurled us to 4 wins, and has an ERA of 2.00 Lauren has also served as team co-captain the last 2 years.

Kelsey Nunley - Sophomore Pitcher from the awesomely named town of Soddy Daisy, Tenn. Kelsey has a 5-1 record thus far this year, and an ERA of 2.52

Griffin Joiner - Junior Catcher, Griffin's hitting a .388 on the season and already has 6 home runs, vs. the 10 she belted last season. Griffin has also served as team co-captain the last 2 years.

The entire club is loaded with talent and I'm looking forward to seeing who else steps up this season, as this group has made it clear they expect to be in the running all the way to OKC.