Skip to main content
News: The latest on Shaedon Sharpe

We need more pictures of Shannon Dawson. In the meantime, below is Greenwell's breaking down West Virginia's offense, and I present several sources that minimize Dawson's lack of official play-calling duties.

We're going to try something a little different. Greenwell expertly breaks down West Virginia's scheme as only he can in the first half of this post. The section below that is my take on the continued "does Dawson call his own plays" argument that's bouncing around the interwebs. I think that particular topic goes naturally with a breakdown of West Virginia's scheme and tendencies. Enjoy.

To build an offense the coordinator needs a plan as to how he wants to move the football. It is the ability to move the football that scores points. There must be a cohesive structure of run plays and pass plays which fit together and can be manipulated by the coordinator. Without proper balance among the triangles, the offense is doomed to fail. It will be unable to support itself. 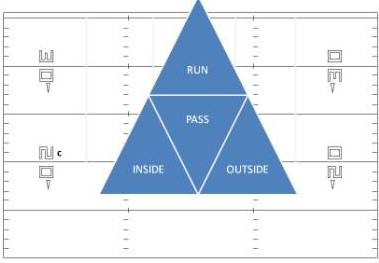 To predict what Shannon Dawson's offense will look like I am going to divide the run triangle into inside runs and outside runs. This will further be divided into gap based runs and zone runs. 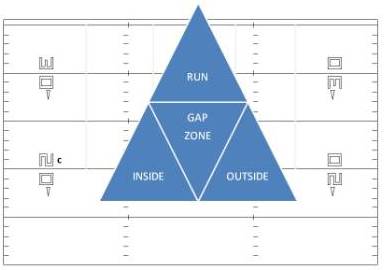 Gap schemes will have the front-side blockers blocking back one "gap" while a backside lineman will pull to the front-side, and kick out a defender or lead into the hole for the ball carrier to follow. The Inside trap is an example of such a scheme. Under Neal Brown, UK carried this play in their toolbox. Below are some cut up examples of UK running the scheme.

Here is an example of West Virginia running this scheme. 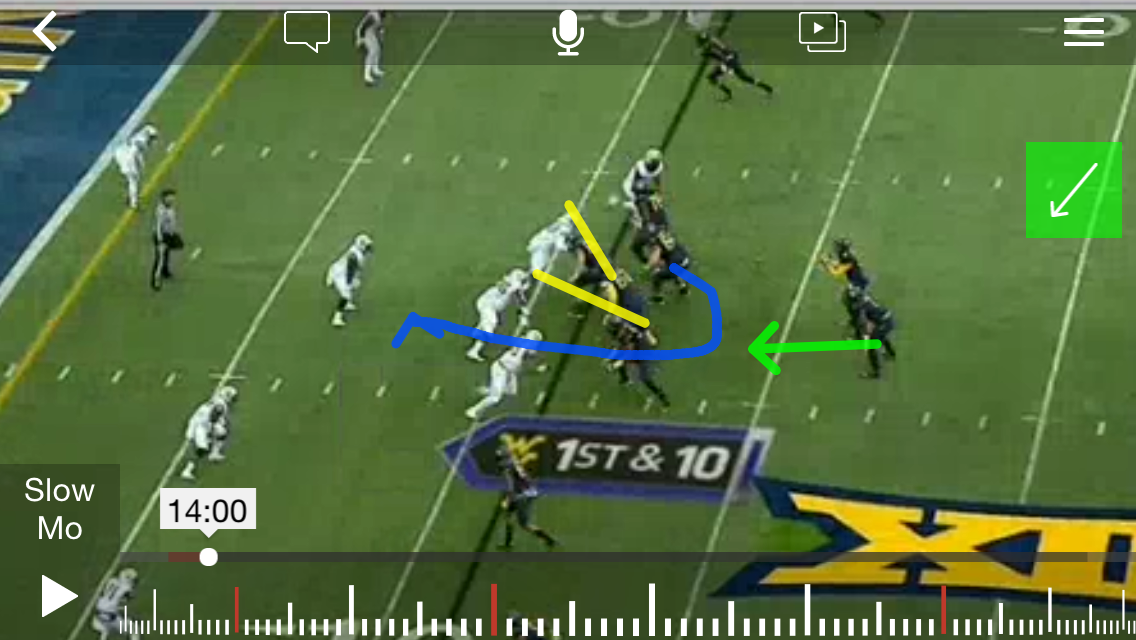 Notice the play-side guard and the center will block back one gap. The backside guard will pull around and lead into the gap created by the down blocks. The ball carrier will follow and read the block of the pulling lineman. Kentucky has the personnel at the guard and center position to become very proficient at running this scheme. This also can be run with or without a tight end. It can be run from nearly any formation including the "I" 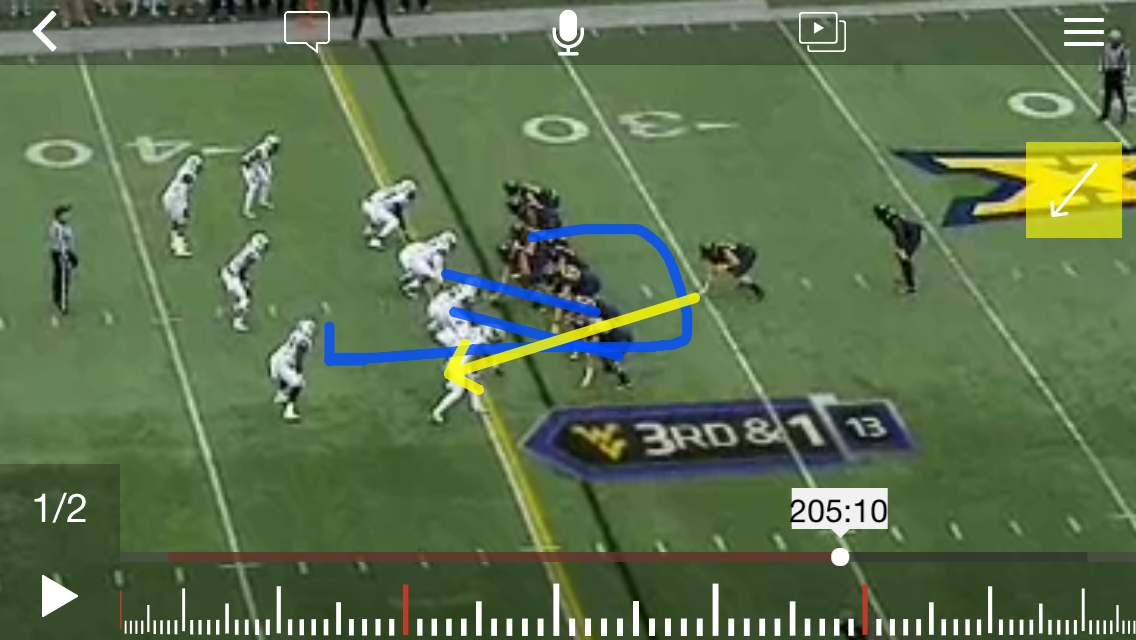 Another way I would expect Dawson to build into his inside run plays is the inside zone. In zone schemes, covered and uncovered lineman work together to get movement on a defensive lineman while working up to the nearest linebacker. They will step play-side to do so. Inside zone will typically have the guard and center working as a combination. UK and Neal Brown never became real effective at their inside zone running. WVU beginning with Alabama was very productive with their inside zone play. 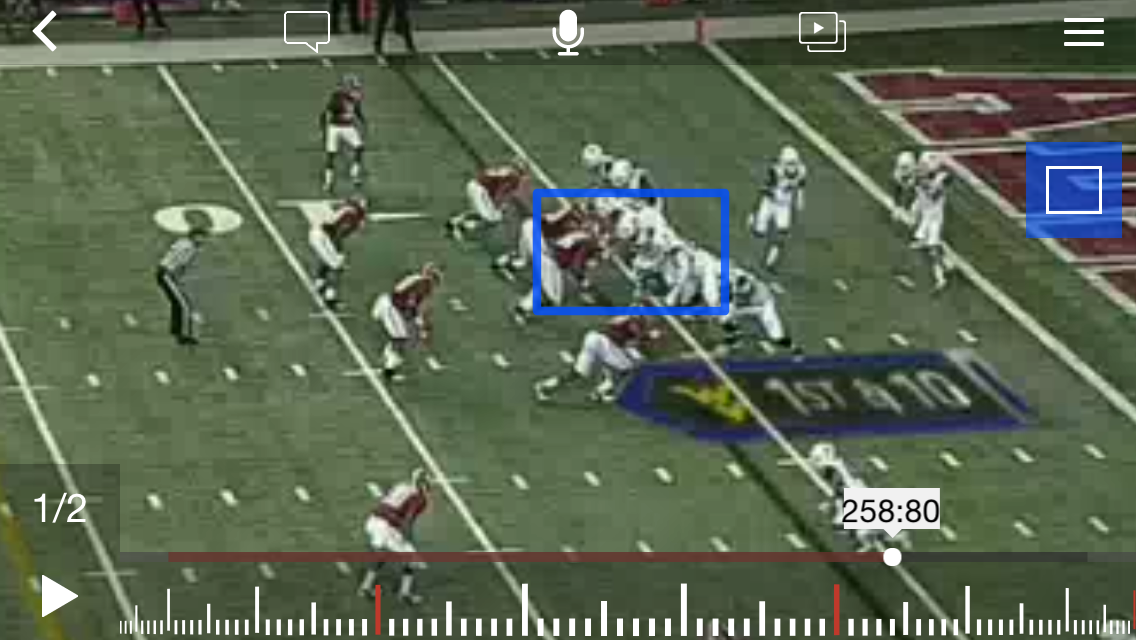 Inside zone takes a running back with the ability to read the cut very quickly, and very decisively. The scheme is designed to make the filling linebacker wrong. 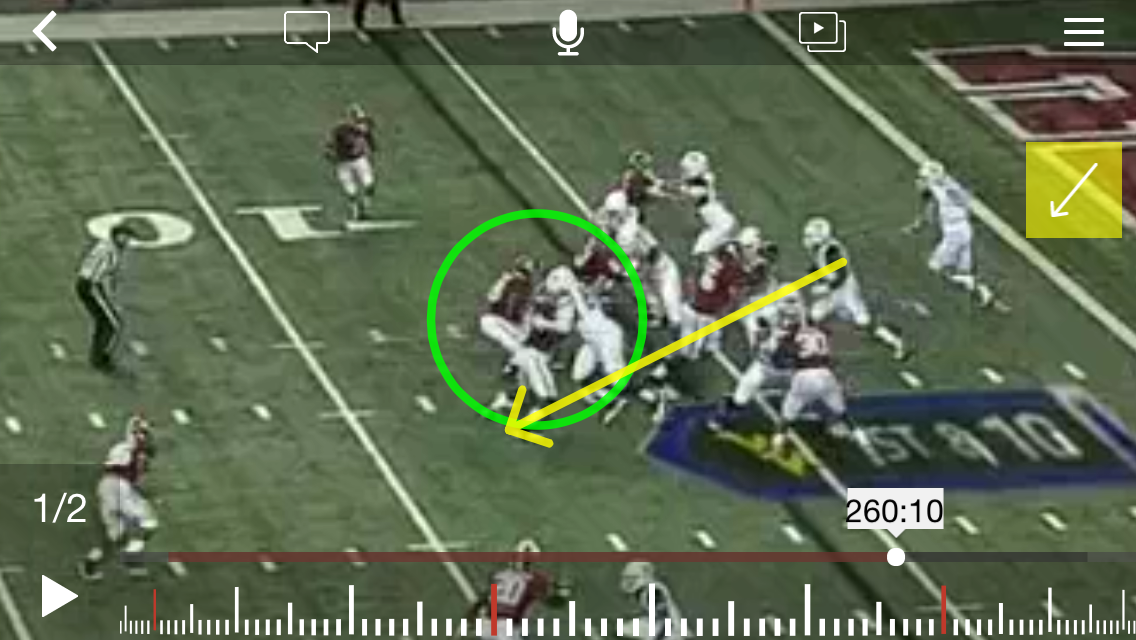 UK and Neal Brown attacked the outside with either jet sweeps or with the outzide zone. Outside zone has each down lineman reaching a gap to the playside and secure either a down lineman or a second level player. The ball carrier will press the stretching defenders and slice into and unoccupied lane. Outside zone was a big part of WVU offense. This can be run from nearly every formation and it becomes the basis of a wicked play action game. 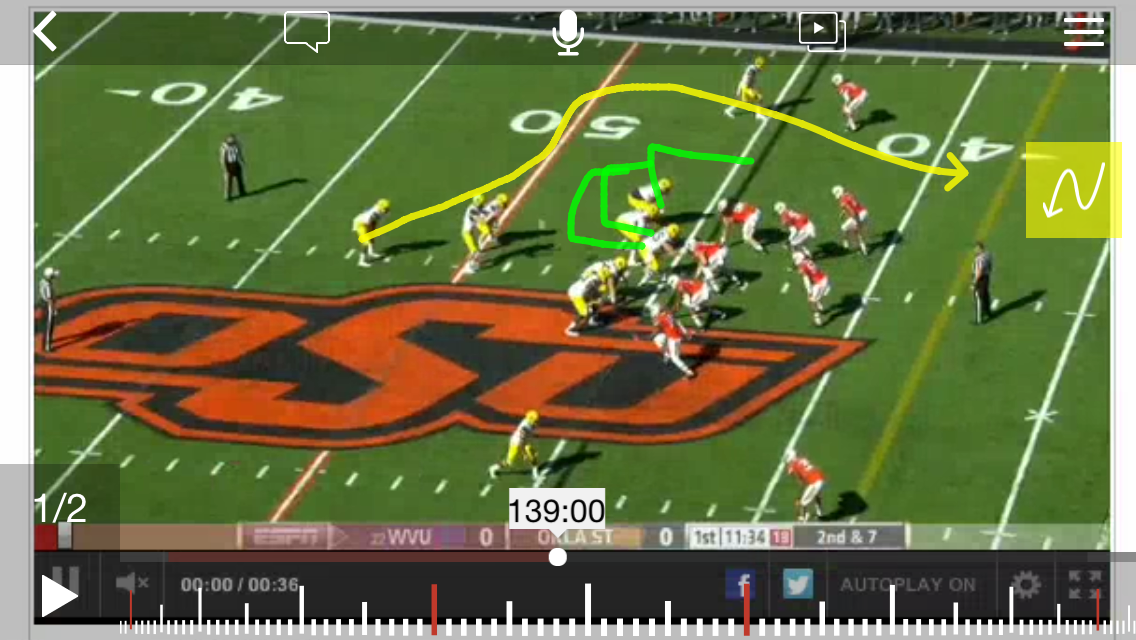 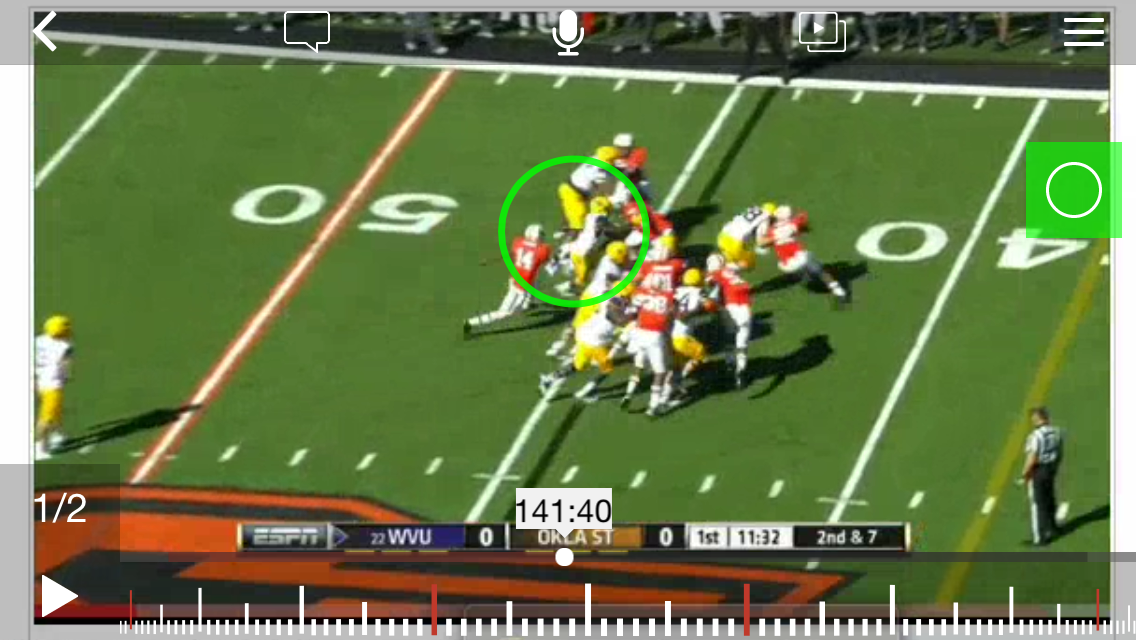 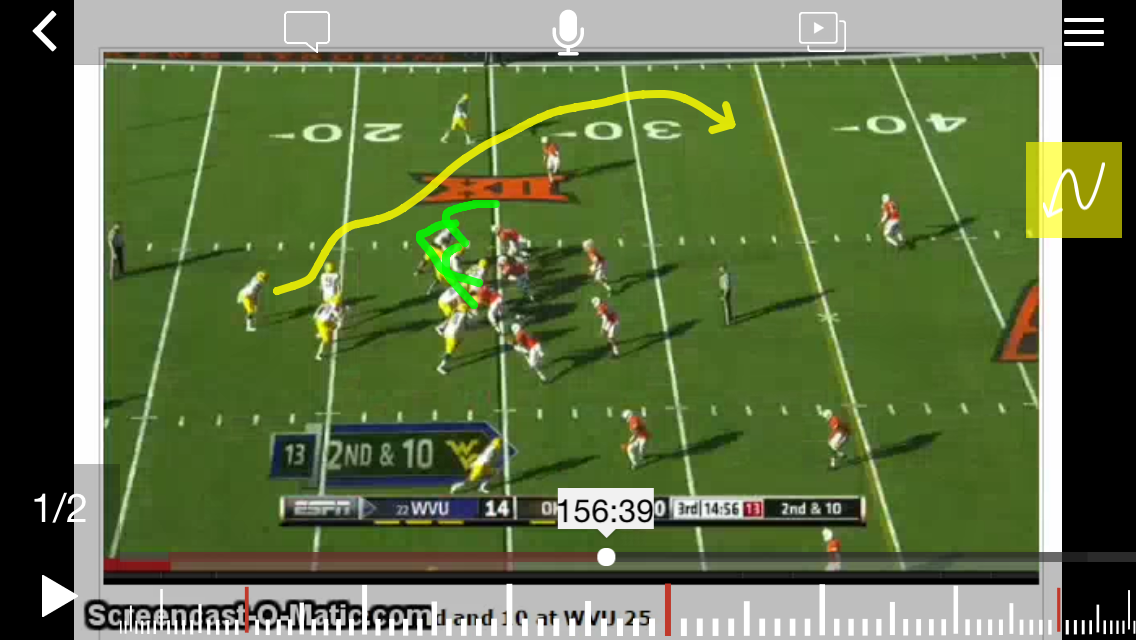 A passing staple of West Virginia, and one I would expect Shannon Dawson to bring with him to UK, is the three level concept: 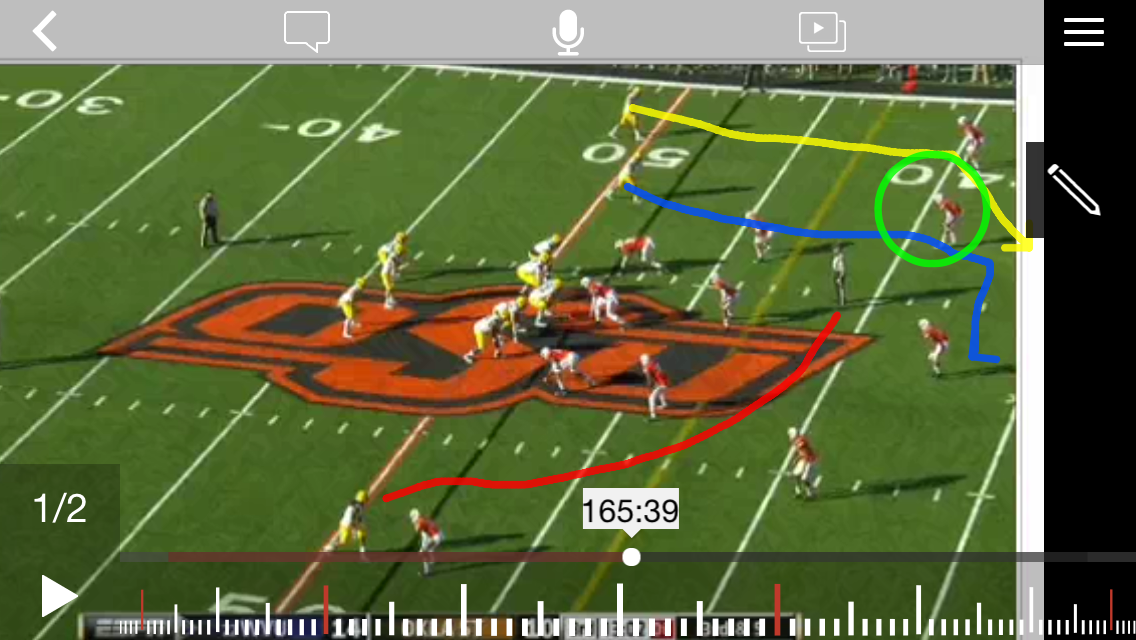 This passing concept puts intense pressure on the safeties to maintain leverage on the in breaking receivers. With the shallow coming from the opposite there is a natural progression taking place in front of the quarterback. This was routinely run with a tight end as well. 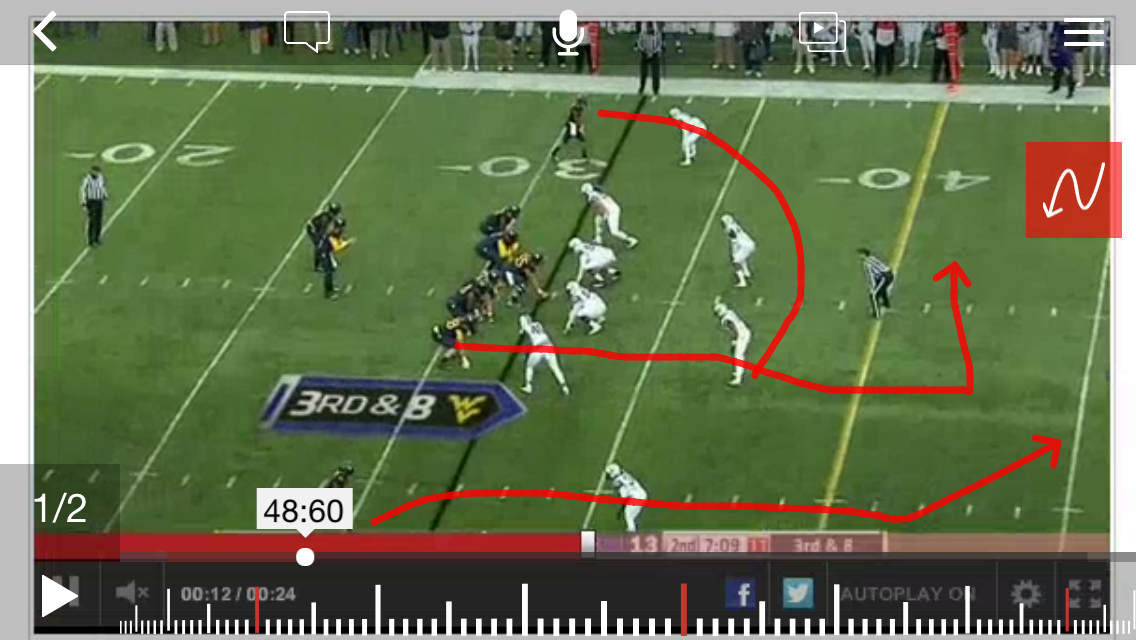 The final tag off this same premise is to have both receivers on the outside run post routes. 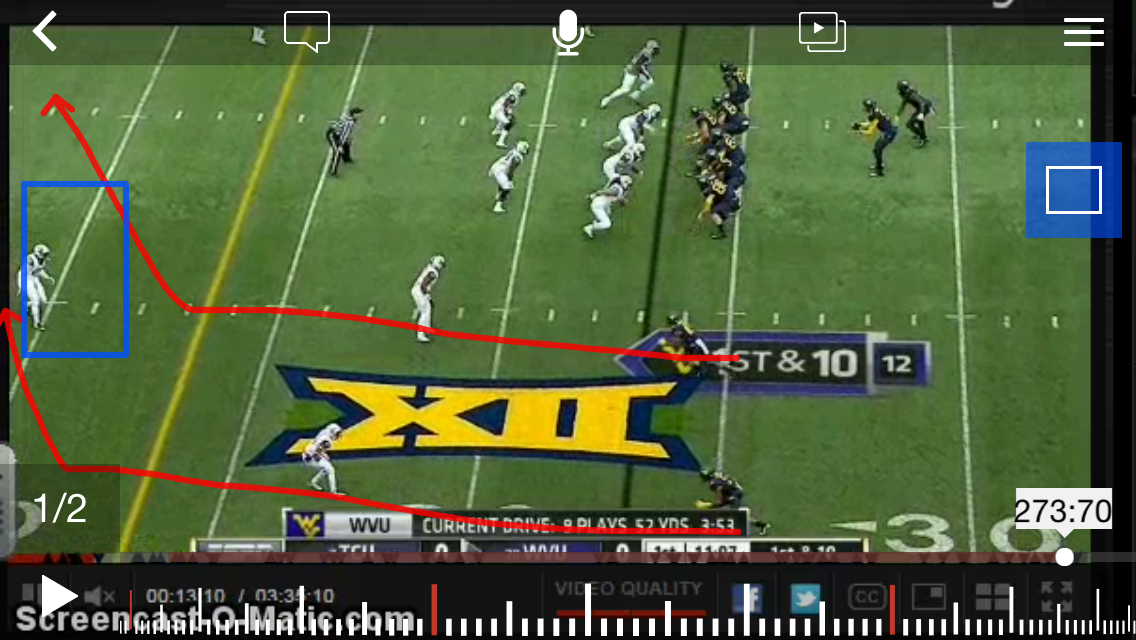 Here is the same concept from the I formation. The QB is going to fake the power run and hit the outside receiver on the post. 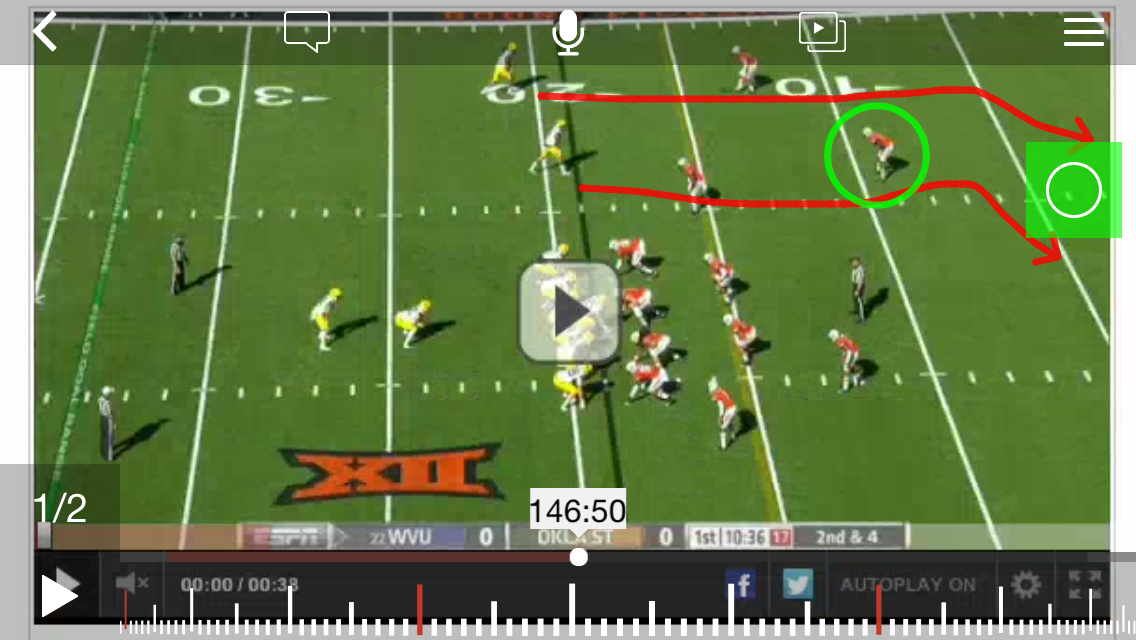 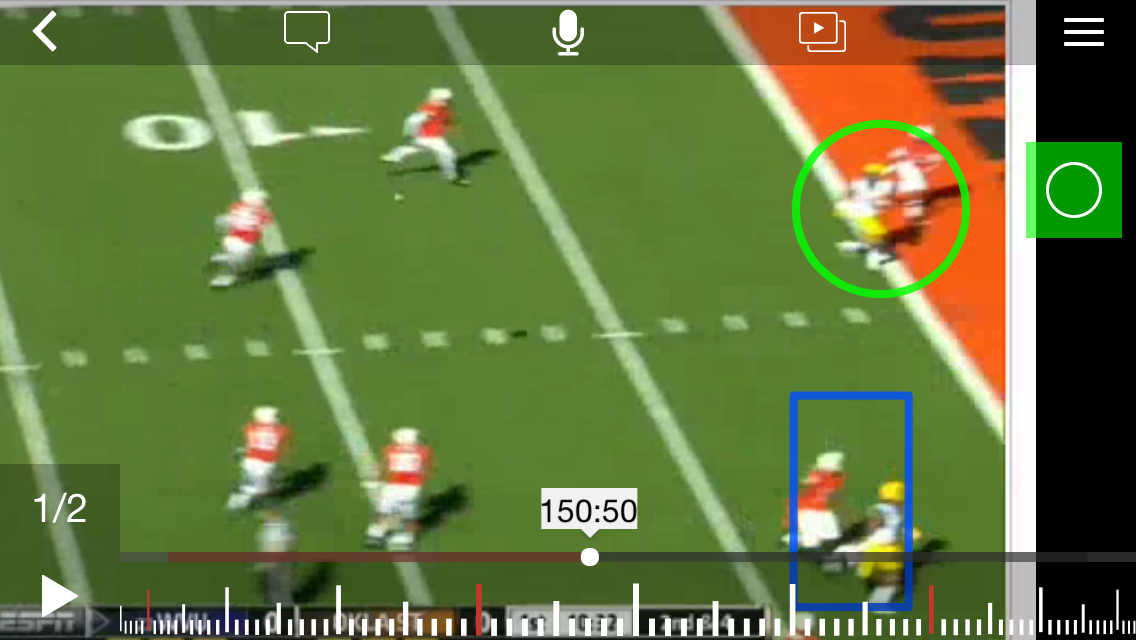 That's the scheme but how much of those play calls were the result of a decision made by Dawson? The narrative was formed within hours of Shannon Dawson's announced hire that because he never called plays he's not a knock-out hire. I've already made my feelings known, and I wouldn't bring this up again except there's more news on this front from three expert sources: a coach, current West Virginia players, and professional college football analyst.

Hal Mumme had Shannon Dawson on two of his staffs. Dawson called a play to win a game once:

"He's supposed to just be kind of standing on the sideline watching me call plays," Mumme said, "and he goes, 'You know, Coach, if we ran Fox right here' – that was the name of one of our plays – 'we'd probably score.' So I start to chew him out for having the audacity to try to call a play in that most heated moment, and then I said, 'This guy's pretty smart. I should probably listen to him.'

"I did, and we drew up the play, threw a touchdown pass on it and won the game. I've been a Shannon Dawson fan ever since then."

"It's really good for him," Mumme said. "Mike [Leach] was always trying to get head-coaching jobs but they'd always ask him, 'Who really calls the plays?' This will give Shannon the same opportunity Leach had when he went to OU. And he'll be great at it. I have no doubt about that. He always has been."

Read the whole thing. It's another good article by Kyle Tucker. Scout also had an article that talked to West Virginia's current players about Dawson and his role in play-calling:

"He's definitely important to what has happened here. He helps us sort things out, certain concepts and things that we run," said junior inside receiver Jordan Thompson. "He's going (to Kentucky) for personal reasons, it's more fitting for him so he can have a little more control and he can evolve and get his name out there more. I respect what he's doing and I'm glad that he did what he has done here and what he's taught me while I've been here with him."

The article also talks about Dawson's role recruiting the WVU players. It's also worth the read.

Finally, John Clay scored an interview with Smart Football's Chris Brown. Brown knows a lot about The Air Raid system, and his view on who did the play-calling at West Virginia?

I don't think it matters. Dana did call the plays, but I don’t that should hurt Shannon’s (reputation) because the way they did it was — it was very similar to what Dana did when he was Mike Leach’s offensive coordinator but Mike was calling the plays — between every series, Dana would basically ask (his staff) for the two to four plays that they liked and then basically Dana would pick. Then between plays, Shannon would give a suggestion, ‘Let’s run this and here’s why.’

So I don't think it's going to be a big transition [for Dawson].

The whole interview is worth your time.

The ground truth won't even start to be clear until UK is halfway into the 2015 season. How Dawson will do as a coordinator is an unknown, but there's evidence - promotion through the ranks, success as OC at the FCS level, smart offensive patrons - and people who think highly of him. In the meantime, whether or not Dawson can be a successful play-caller will probably be determined by how much one trust Mark Stoop's judgement.

For fan's of UK football, it'll serve as one of our Rorschach tests. I, for one, will always like my coordinators to attack what the defense's give him, and be agnostic about how success is achieved: