Those who have read my posts know my favorite passing theory is 4 verticals. (go here to see an earlier post about the the 4-verticals concept) There are numerous tags and adjustments which are made to the base call that an entire offense can be structured around this single passing technique.

Here I want to focus on the base play call. The key to the success of the play is a receiver who can effectively run the "seam read" and a quarterback who can quickly anticipate the availability of the locked seam.

The basic premise of this play is to attack deep coverage with the threat of four people running vertical along four evenly-spaced landmarks across the field (2 hashmarks, 2 sets of numbers. In general, this allows the offense to outnumber deep coverage. 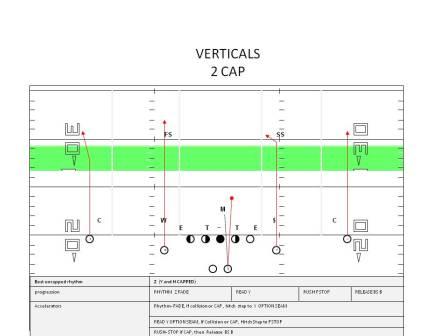 The frontside of the play will have the slot receiver running a locked seam. This means he is going to get on the hash, and stay on the hash and wait for the football. The quarterback during the first two steps of his drop is going to be looking to throw to him. However, based on cues such as pre-snap coverage, the hip angle of the linebacker, and his protection the quarterback will anticipate if this route is open by his second step. If he concludes it is open, he will land his third step and throw. If he concludes at his second step it will not be open, he will move his eyes to the seam read. He will then anticipate whether this route is open based on similar cues. His feet are hitting his third step, he hitches up to gather his weight and he will throw the seam read if he has concluded it is open.

Late in the game against Mississippi State UK called 4 verticals and completed into a tight hallway. Blue stayed on the seam as the safety stayed over the top of him. 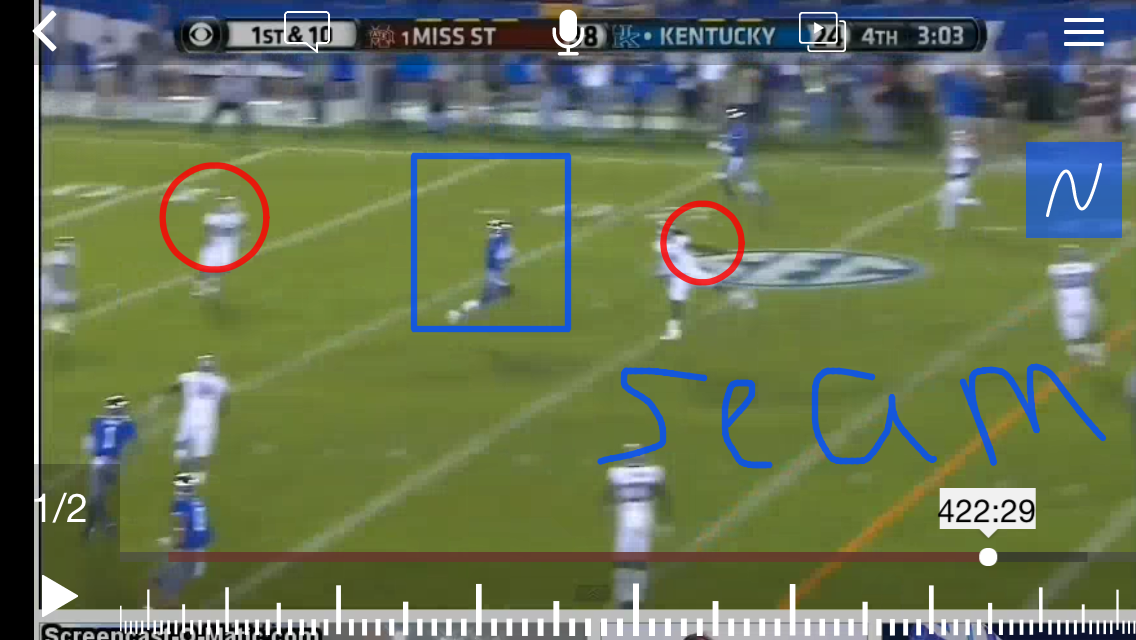 On the touchdown pass in the first half, Javess Blue converted the seam to a post and Patrick Towles threw a perfect ball. It takes a great deal of repetition and skill to become good at 4 verticals. The timing and decision making must all take place between 2.8 and 3.2 seconds. The quarterback is going to be influencing and trying to move a safety to to the locked side, to open up the seam read side, Then he has to process the cues and determine if that route is open and what route the seam read is going to be running. The ball will be thrown before, or right as, the seam read has made his break. 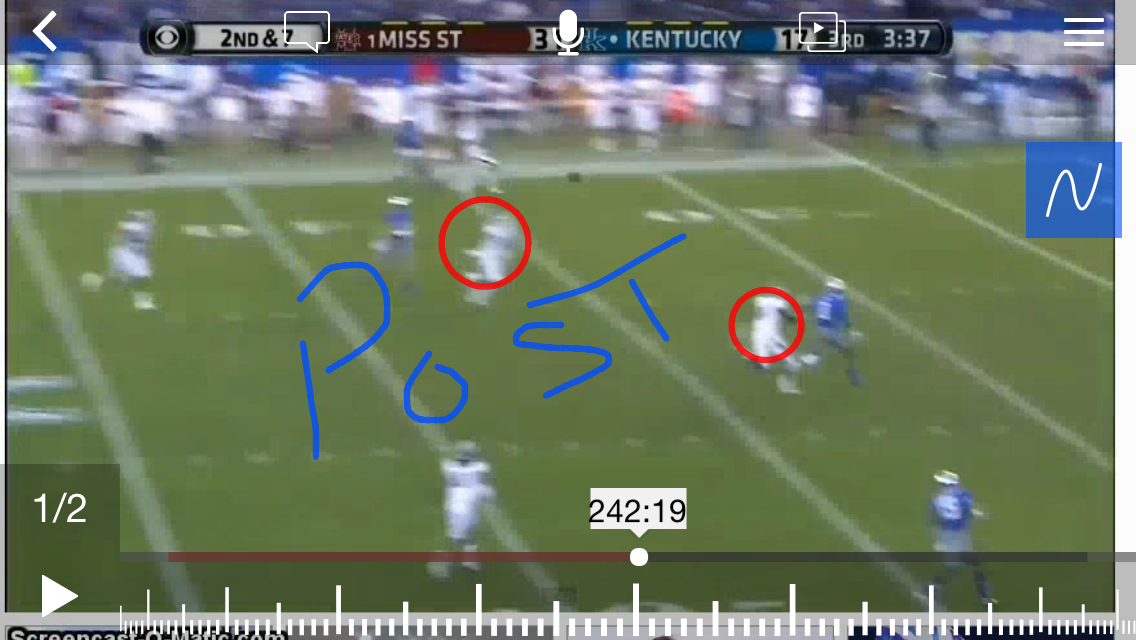 Here are the two plays with some boring narration.