The second half of the season starts tonight. Let's get it started right with a classic Cajun Virtual Tailgate.

Welcome to A Sea of Blue’s Virtual Tailgate for the Kentucky Wildcats at LSU Tigers. Today’s tailgate is brought to you by the number one, which is the number of games Kentucky must win starting today to obtain bowl eligibility after back-to-back 2-10 seasons.

Today, the Wildcats face their toughest road test of the season, arguably more difficult than the trip down to the Swamp, where they lost in overtime to the Florida Gators. LSU handed Florida a loss last weekend in Gator Country, so I think we can safely say they are a better team than Florida this season.

But we’ll get to the game later. First, we gotta get this tailgate going. In honor of our rivals, we’re going to be serving Louisiana classics today, mixed in with a touch of Kentucky. We’ll start in the state of Kentucky, county of Anderson, city of Lawrenceburg for our cocktail: 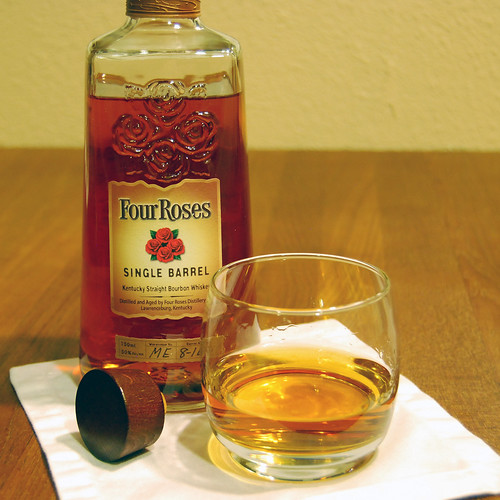 What you see is how I like my boubon — straight up at room temperature, but if you prefer ice, water, or other mixers, we’ll have them as well.

Now that we’ve got that straight, let’s get us an appetizer. For that, we have to go to a New Orleans favorite: 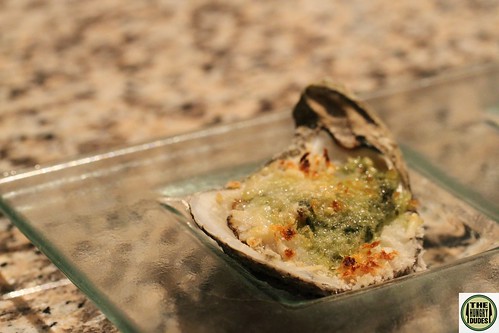 Man, I love me some oysters, and I particularly love Oysters Rockefeller. Even if you don’t think you like oysters, you should try this one.

Moving on now to the entre, we had étouffée last weekend for the ULM Warhawks, so this weekend we’ll have yet another Cajun classic: 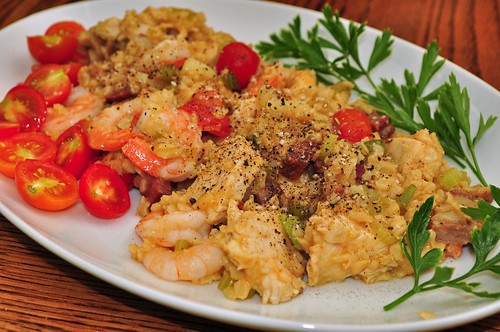 Jambalaya is a rice, shrimp, smoked or spicy sausage, diced bell pepper, onion with various and sundry spices to taste. Sometimes chicken instead of shrimp. We’ll have both for those with seafood allergies.

Jambalya doesn’t really scream for a side dish, but we’ll have one anyway. This is more of a southern dish than specific to Louisiana, but it’s a favorite of mine and I hope yours, too. I always order it when hit the Cracker Barrel: 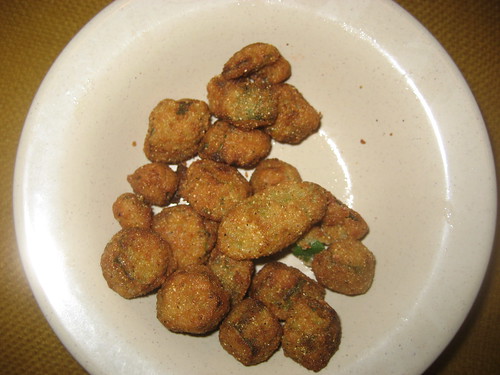 Corn meal breaded and deep fried. Yum. You may be familiar with okra in dishes where it turns out slimy, but there is no slime in this.

Time for the beer. Staying in New Orleans, and having already served Abita, we’ll have today: 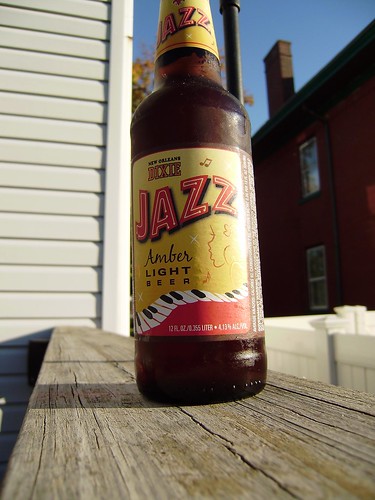 Looks good. Never had it, but I’d definitely like to.

Okay, now that we’ve fed ourselves and enjoyed some adult beverages, let’s take a look at this football game.

LSU is significantly more talented than Kentucky, but they’ve had some major struggles in certain areas, particularly inconsistency at the quarterback position. That is something that Kentucky can take advantage of, theoretically, with their much improved secondary.

But don’t expect the Tigers to do a lot of passing in this game. They have a solid running game, Kentucky has yet to prove they can stop a quality running game, so I think LSU is going to go "three yards and a cloud of dust" on UK and try to possess the ball for more than half the game, running from every position.

They’ll throw a pass in there when they need to, and they have some speedy young receivers in sophomore Travin Dural and freshman Malachi Dupre. Kentucky’s corners are going to wind up on an island quite a bit in this game, because the safeties are going to need to come up in run support quite often.

LSU is actually more vulnerable on defense this season than they have been in a while, ranking only 6th in the SEC in scoring defense, one spot behind UK. Run defense for the Tigers has been a big problem, as they sit at 12th in the league there. But they are #1 in the SEC in passing defense, so Patrick Towles has got to be very careful when trying to fit passes into tight places. Even though LSU’s defensive front has not been sacking a lot of quarterbacks, Kentucky’s offensive front has been up and down this season when it comes to pass blocking, and they are playing in LSU’s stadium.

Overall, I find it impossible to pick Kentucky in this game due to a jaded perspective backed up by years of disappointment. Remember that it was LSU who came into Commonwealth Stadium and pulled off the Bluegrass Miracle. That’s just a small sample of the ignominies heaped upon us by the Bayou Bengals, and going down there and beating them at home in only Mark Stoops second year just seems too much of a stretch for me. But boy, would I celebrate if it happened.

Still, I think UK can stay in this game a long time, and if they do, all bets are off. This Kentucky team has all kinds of big play potential on both sides of the football, and they have shown that to be true in every single game this season. If we can avoid turnovers, take the ball away from LSU a few times and utilize a "Bend but don’t break" philosophy, we certainly have a puncher’s chance.

I may not favor the Wildcats, but I know this is a game that they are capable of winning if they play their best. This is not 2007 LSU, or even last season’s LSU. Kentucky is way closer than they have been to the Tigers when it comes to overall team quality in a long time, and LSU has to take the Wildcats very seriously.