Welcome to week four of the Virtual Tailgate! The #20 Florida Gators are ready for a nationally televised game under the lights of Commonwealth Stadium. Let's get ready for a slobberknocker with good food, good drinks, and good company.

Welcome to Virtual Tailgate Week 4. The bye week left a void in the previous week as Big Blue Nation was eager to see how the Wildcats would respond after a decent showing against a vastly superior team. The game resulted in a loss, but the improvement was evident and many are looking for the Wildcats to take the next step.

This week the Florida Gators are coming into Commonwealth Stadium battered and bruised. Jeff Driskel and Dominique Easley are the two high profile guys that Florida will be missing. Driskel has been the starting quarterback for Florida for the past couple of seasons and Easley is a first round draft pick that played defensive line for the Gators. Combo quarterback Tyler Murphy will take Driskel's place and there are multiple five and four star players ready to step into Easley's place and make an impact on defense.

Regardless of who is hurt, the Gators are bringing a lot of talent into Commonwealth Stadium and this will be a challenge for the Wildcats.

But before we break down the game, let's catch some grub and a couple of drinks.

It's going to be a long day of tailgating as fans are excited to see the ‘Cats in a night game at Commonwealth Stadium for the first time this season. What's the perfect drink to get us started? 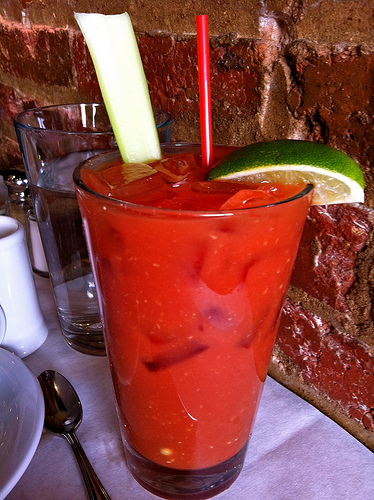 A Bloody Mary will do the trick! Tomato juice, Tabasco sauce, vodka, celery salt, paprika, Worcestershire sauce, and black pepper will make an excellent drink to get us mingling with the crowd. Plus, it's a good reminder of that classic killer gator flick Lake Placid. And by classic flick, I mean terrible movie.

Let's keep with the Gator theme for our appetizer: 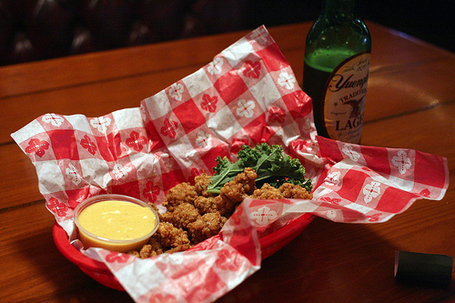 Gator bites from a Frenchman (via anjuli_ayer)

½ a pound of alligator meat cut into cubes, fish batter for coating, cooking oil for frying, salt and pepper, and honey mustard will render a delectable treat known as Gator Nuggets. They are kind of like chicken nuggets from a famous fast food chain except that we actually know that the meat is as advertised.

Besides alligator, what else do Floridians eat a lot of? Shrimp of course! 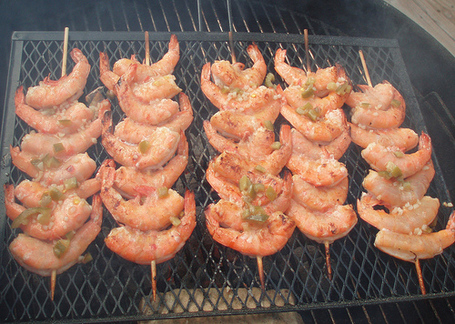 Shrimp kabobs will go perfect with our nuggets. Add some olive oil; mince some garlic and squeeze lemon juice onto our shrimp to give them a nice tangy taste. Let's put some red, yellow and green bell peppers on the skewers as well to cover our vegetables.

To top it all off, a popular fish in the Florida area: 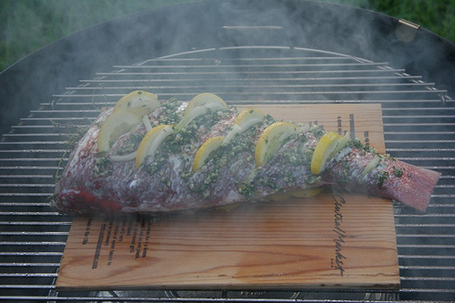 Grilled red snapper fresh from the Gulf of Mexico would be delicious coming off of the grill. Lime juice, lemon juice, cayenne pepper, oregano, garlic salt, canola oil, paprika and Kosher salt are the ingredients to make our snapper absolutely delictable. 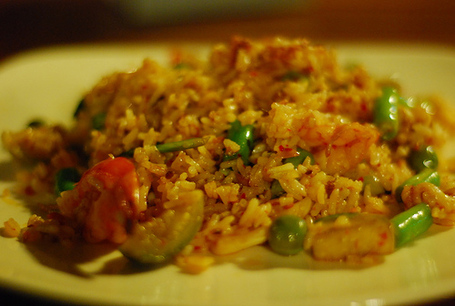 Some tasty rice to go with our seafood theme. 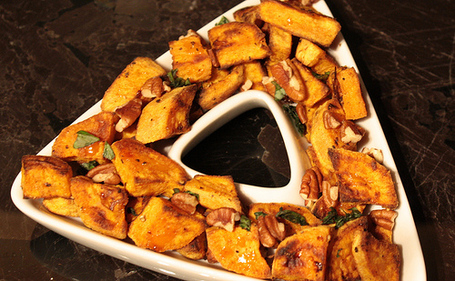 And how about some cinnamon covered sweet potatoes for a little bit of Southern flavor?

And the drink to top it all off: 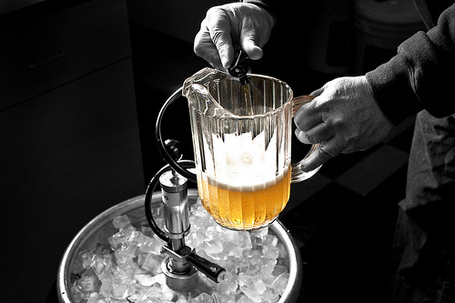 A keg of your favorite beer is just what the doctor ordered for the long day of tailgating. It's going to be hot, so hydration is the key.

Speaking of hydration, throw down a couple of these in honor of our foe. Don't ever say that the University of Florida never gave us anything useful. 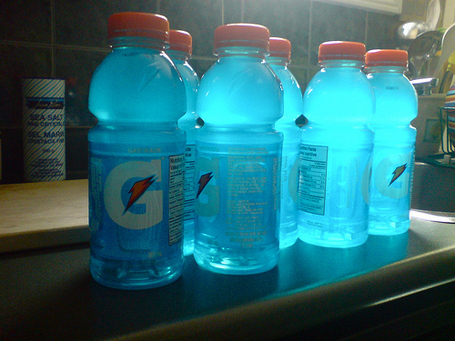 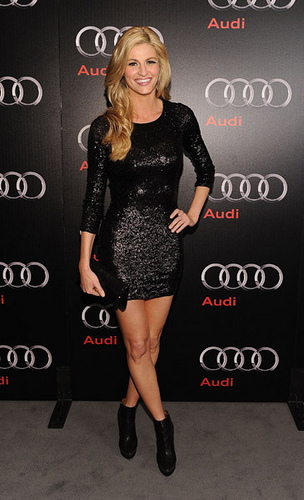 Kentucky's offense was grounded for the most part against Louisville. Neal Brown is looking to get back on track against one of the best defenses in the country. The Gators are allowing 14.7 points a game and are boasting this stat on third down: opponents of the Gators are facing an average of 10.5 yards to go on third down. Kentucky has had trouble in this area all season, particularly against Louisville. Kentucky went 0-13 on third downs against the Cards.

Maxwell Smith has had a very good week of practice according to Stoops. Smith is expected to play today but it is unclear whether he or Jalen Whitlow will get the start. Whitlow is notorious for starting the game a little slow, so if Smith is good to go then I expect him to take the first snap.

The running game will be an integral part of the offensive plan as freshman Jo Jo Kemp finds himself as the number one back for the first time this season. With the injuries to the defensive line, Kemp and the Wildcat O-Line can look to take an early advantage and establish the running game in order to free the quarterbacks and the receivers. Of course that is a lot easier said than done.

Hopefully Javess Blue and the rest of the receivers are over their bad case of the dropsies that plagued them against the Cardinals. The Gators pride themselves on causing turnovers and they forced Tennessee to commit six. Kentucky gave the ball up twice in crucial situations against Louisville two weeks ago. This cannot happen against an opportunistic defense like the one Will Muschamp has at his disposal.

The defense for Kentucky again needs to force the run as they did against Lousiville. Tyler Murphy is very mobile, therefore Za'Darius Smith and Bud Dupree need to contain and need to not fall in love with chasing the Florida QB all over the field. If Kentucky can make the Gators one dimensional, then I like their chances. If Tyler Murphy gets comfortable in the pocket and on the run, then the ‘Cats are in for a long day; the Florida offense isn't great but there are weaknesses in the Kentucky defense that they might be able to expose, particularly their lack of depth in almost every position.

Florida is on upset alert according to many of the experts. I feel that an upset can happen. But I've felt that many times before. The most important thing here is that the Wildcats play hard, improve on every play and give everything they've got on the field. 26 years be damned. Right, Girth?