It's Week Three of our Virtual Tailgate. The Kentucky Wildcats are almost set to welcome the Louisville Cardinals. The crowd needs to be rowdy and ready to rock, so let's get this party started!

Welcome to Virtual Tailgate Week 3. I don't have to tell you how big this one is, you've been hearing about it all week. The seventh ranked team in all of the land comes to Lexington today in hopes of winning its third game in a row against the Wildcats. The Louisville Cardinals are bringing a lot of talent on offense along with a lot of hype.

But let's not get ahead of ourselves. Before I discuss the game, there is a menu that I need to go through. It's another noon kickoff at Commonwealth stadium, but the part needs to get started nonetheless.

How about an eye opener to start the morning: 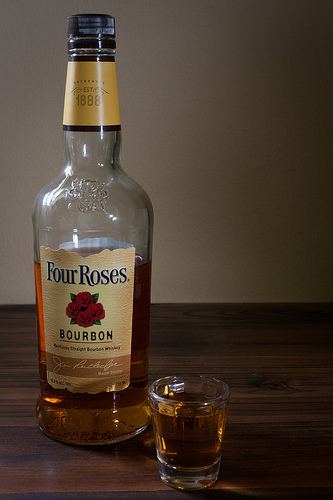 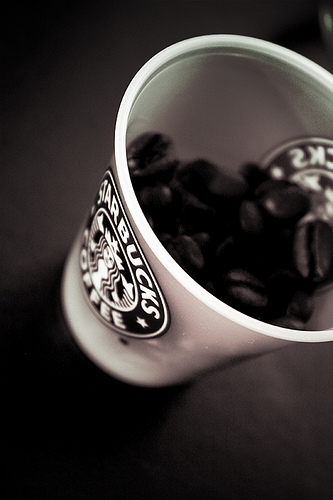 Glenn Logan's favorite bourbon mixed with a bold roast coffee should do the trick. This tasty drink will make us bright eyed and bushy tailed for the rest of the morning's festivities. The nice, cool fall-like weather will go perfect with the steaming cup of joe.

Let's stick with traditional tailgating fare today. One of the essential foods to get any good tailgating party started is the delicious buffalo wing: 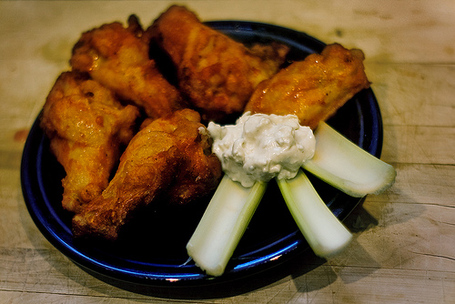 If the coffee didn't wake you up enough then this spicy wing will do the trick. ½ a teaspoon of cayenne pepper, ½ teaspoon of garlic powder, ½ a cup of hot pepper, ½ a cup of melted butter, ¾ cup of flour, placed on 20 chicken wings and baked before we head out the door will be the perfect food to get us started.

Add some ranch or blue cheese dressing and celery to cool that heat just a tad.

Now that the wings have been consumed, fire up the grill and throw on the burgers: 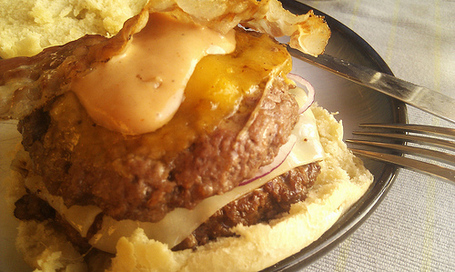 We aren't messing around this morning. 1 pound of ground beef, ½ cup of Cheddar cheese, salt, pepper, 2 tablespoons of horseradish, ½ teaspoon of garlic powder, and ½ a cup of real chopped bacon bits will give us a bacon cheeseburger for the ages. The secret is to mix the bacon bits and the Cheddar in with the ground beef before the patties are grilled. Is your mouth watering yet?

And what is a traditional tailgating experience without grilled bratwursts: 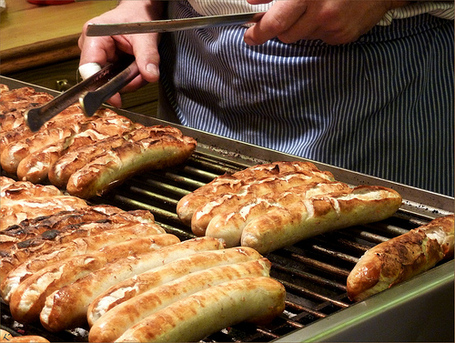 Make mine the cheddar variety.

What goes great with wings, burgers and brats? Baked beans of course: 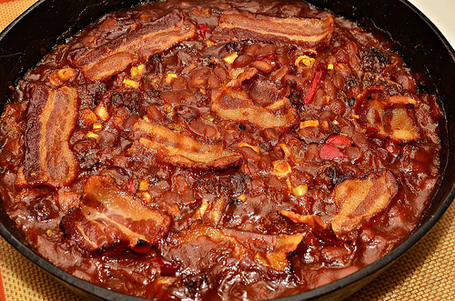 This traditional grilling dish is difficult to mess up, no matter the skill of the chef. 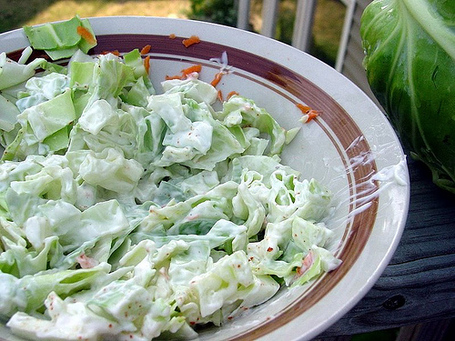 Because we can't go without some kind of vegetable, even if it is drowned in mayo.

And while we are grilling and stuffing our gullets, the perfect fall beer is in order for this clear, football weather day: 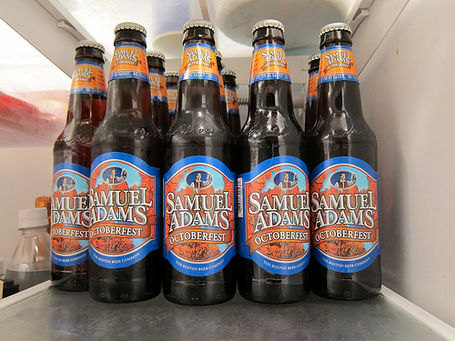 Will my PBR be jealous? (via voteprime)

It's my all-time favorite beer and it's only available a few months out of the year. It must be consumed as much as possible.

Hopefully the crowd enjoys the tailgating and enters Commonwealth Stadium in a rowdy mood because the home team is going to need every one of the tens of thousands of Kentucky fans to be on their feet and screaming at the top of their collective lungs. This will be the first away game for the Cardinals and it may be the biggest crowd that they see all season long, so a good home field advantage might play a big part in pulling off the upset.

Kentucky's running game will also be key in defeating the Cardinals. The Wildcats are averaging 239 yards per game on the ground (32nd in FBS). While the passing game was absent for the most part in the first game of the season, the running attack has been steady. Raymond Sanders, Jonathan George and the emerging Jo Jo Kemp will be vital to controlling the tempo on the field because, let's face it, the less Louisville has the ball, the better. I know that people are expecting big scores and big numbers in passing yards, but if Kentucky can pull off long sustained drives then the less their defense will have to contend with Teddy Bridgewater.

Louisville's running game has been downright pathetic for the most part. They have only managed to average 138.5 yards a game (81st in FBS) against sub-par teams. The Cardinals were supposed to be deep and lethal on the ground with Michael Dyer, Senorise Perry and Dominique Brown; but the problem may lie more in their run blocking than in the actual running backs. If Kentucky can get to Teddy Bridgewater early and often in order to take away the passing game and force Louisville to prove that they can run it, then their chances of winning improve dramatically.

Special teams will also be important as Louisville ranks near the bottom of the FBS in kickoff coverage and Kentucky has actually looked good in the return game. The presence of Demarco Robinson is vital and Mark Stoops has been mum on the injured ankle of the Wildcat receiver.

Make no mistake, Kentucky is going to have to do a lot more that what I have mentioned to beat Louisville and will have to play damn near close to perfect football. They are going to have to force turnovers; Maxwell Smith and Jalen Whitlow have to be at the top of their games; the secondary will have to play on another level; and Kentucky may have to return a punt or a kickoff for a touchdown in order for a victory to occur.

The Governor's Cup is only a few hours away, I hope you enjoyed the tailgating. Go ‘Cats. Beat Louisivlle.