Week 13 takes us down to Athens, Georgia -- perhaps the archetype for southern college towns.

Welcome to the Week 13 Virtual Tailgate. Today's opponent is the Georgia Bulldogs, an SEC team for which I have nothing but the utmost respect. By all accounts, Athens may be the greatest college sports town in America, and Georgia fans, by and large, represent some of the best in the conference and in the nation. They are perhaps not as radically insane as Alabama football fans or Kentucky basketball fans, but they support their team with every bit as much passion.

Today's game looks like a pretty substantial mismatch, as wamarsh explained here earlier in the week. That's nothing new to UK this season, especially in conference, but you have to love the fact that these kids really have competed hard for most of the season. It hasn't produced wins, but winning traditions must start with a foundation, which has to be constructed from the ground up at Kentucky. Which brings us here.

But more on the football game later. Let's get our virtual food and drink. As usual, we start with a cocktail: 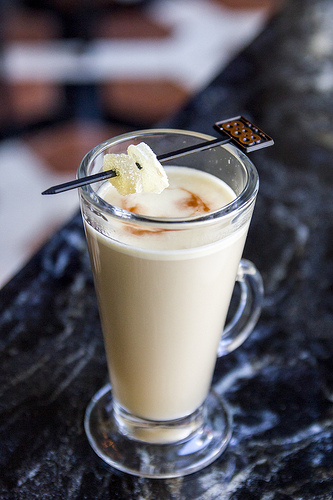 Hey, it's cold out there. We need something to warm us up.

Now that we're warming up inside and out, let's get our appetizer figured out: 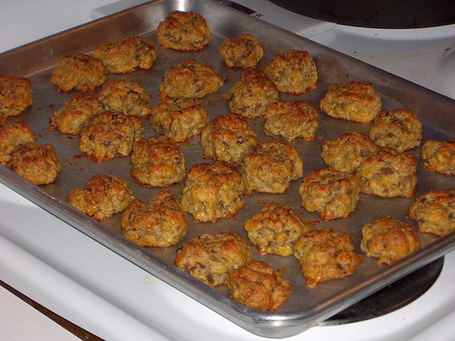 My family makes these every years around the holidays. Hot out of the oven, nice and spicy and delicious.

Next, the main course, which today will be a favorite of football fans everywhere: 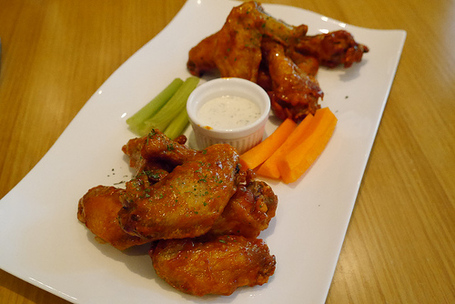 Everybody loves them with plenty of blue cheese or ranch on the side. I prefer mine extremely hot, for example the mango habañero sauce. My wife likes them milder.

For our side dish, an American classic: 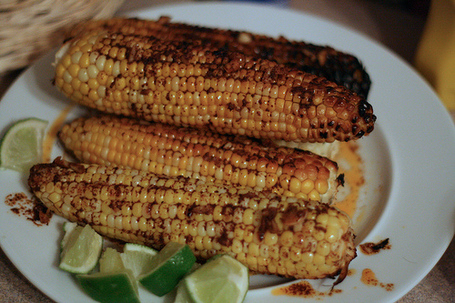 This stuff is awesome. For our beer, how about something from the home town of our hosts: Athens, Georgia: 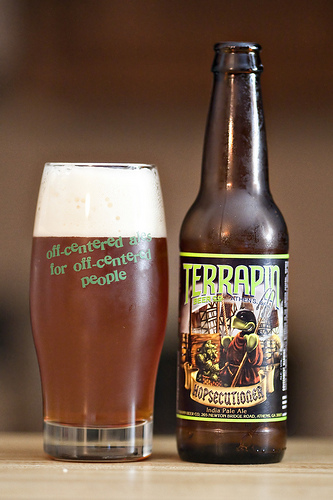 This is an IPA, always a favorite. 30% alcohol by volume. That'll keep you warm. You have to love that bottle.

Okay, now let's talk Dawgs and 'Cats. Kentucky is coming into this game with much of the defensive backfield injured or suspended. Cody Quinn was one of the three suspended earlier this week, Nate Willis is out with a knee injury, and starting safety Eric Dixon has to sit out the first half because of a (bullcrap) targeting call in the last game.

To make matters worse, Georgia has the biggest, most physical receiving corps in the SEC other than that of the Missouri Tigers, and you remember how that game went at home with our starters in the game, even with a quarterback that isn't even half as good as Aaron Murray.

If Mark Stoops holds Georgia under 40 with the situation he faces on defense, he might be a genius. The bottom line is that the Dawgs are going to score a lot.

When Kentucky has the ball, we may fare a little better, since Georgia has been unsound on defense for most of this season. Georgia allowed North Texas to score 21 on them, and Tennessee 31. If this is the game that Jalen Whitlow finds a way to be really sharp with his reads, decisive with his throws, and confident with the offense, Kentucky might conceivably do some damage. Probably not enough to win the game, but 3 touchdowns is not completely out of the question against this Georgia team. After all, Kentucky did put up 28 points on a somewhat better South Carolina Gamecocks defense.

This is Georgia's homecoming, though, and I expect the very best out of the Dawgs today. Kentucky could conceivably pull off the upset, but it would require a lot of things that haven't gone right all year to suddenly click into place.

With that said, Georgia is coming off of one of the most improbable and unfortunate defeats in the SEC in many years at Auburn. That might leave a scar on their collective psyche that overcomes some of their structural advantages in this game. That's really the best we can hope for at this point.