Welcome to A Sea of Blue's Virtual Tailgate, where we celebrate the cuisine of our foe in a virtual breakfast, lunch, or dinner (as appropriate to kickoff time), and talk a little about the impending football contest.

Tonight in Commonwealth Stadium on what looks to be a beautiful, cool early fall evening, the Kentucky Wildcats will host the FCS Kent St. Golden Flashes from the MAC conference. Kent St. is located in Kent, Ohio, which is just northeast of Akron. Kent St. won their opener against the Towson St. Tigers, and we all know what happened at Papa John's Cardinal Stadium versus the Louisville Cardinals.

Today's menu is brought to you by our opponents and we have tried to include some specialties from the area surrounding the Kent St. campus. To any Kent St. readers who find that I have been in any way inaccurate, please accept my apology in advance.

So let's get to it, shall we? Follow me past the jump.

Today's cocktail is a concoction made of Watershed Gin, which is distilled in Columbus, Ohio: 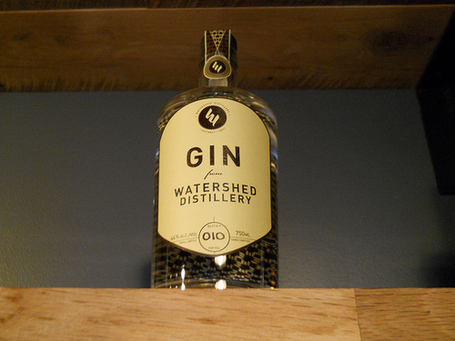 The cocktail is the C-town Citrus cocktail, a combination of gin, dry vermouth, aloe water, orange, lemon and lime juice and topped off with tonic water. It looks like this: 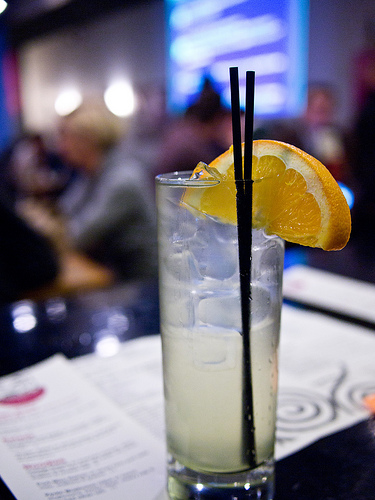 Looks mighty refreshing to me.

For our appetizer, something a bit weird -- Sauerkraut balls. Ohio is filled with German immigrants, as most of us well know, so don't be surprised at the German theme to today's menu: 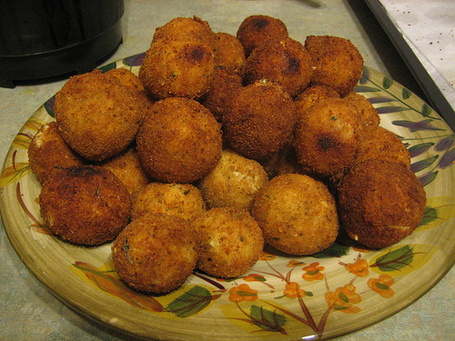 Hey, they are fried, and who knows better that fried=delicious than we of the South?

So now it's time for the entree, and what could possibly be better for a tailgate than this: 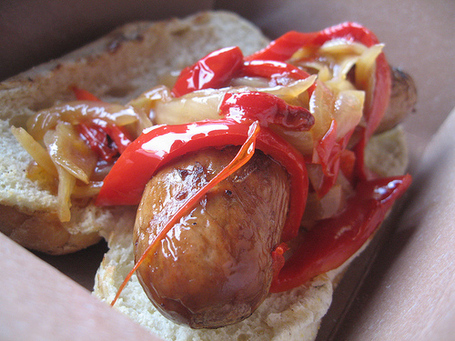 Bratwurst with onions and red peppers (dressings optional). Classic tailgate fare that almost nobody could hate.

Of course, there must be beer. A brat without beer is just... well, it's just wrong. Naturally, we will go to the state of Ohio for our beer, in this case, to nearby Cleveland: 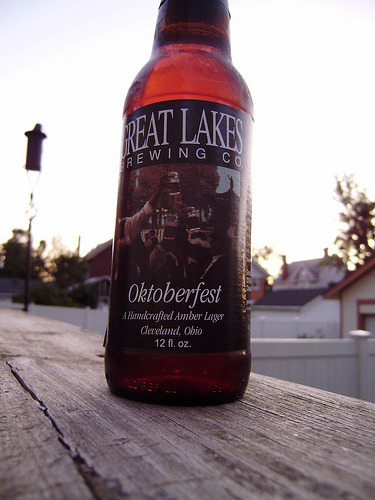 I've never had this brew, but it looks delicious. Next time I am up that way, or bump into it, I'm going to give it a go.

Finally, desert. Ohio is famous for one in particular, called "Buckeyes," which are essentially a local variation of the peanut butter cup (apologies to those with peanut allergies, we can always fry up some bacon and dip that in chocolate for you): 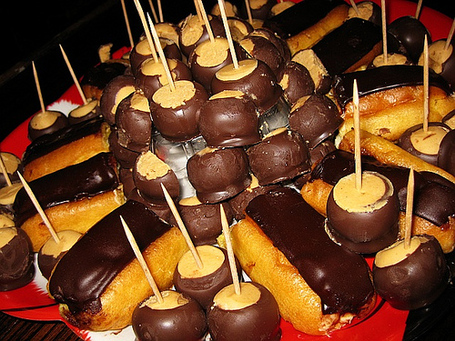 Mmmm. Tasty. Here at the Virtual Tailgate, calorie count is absolutely not a concern.

Well, now that we're all fed, let's talk the Golden Flashes vs. the Wildcats.

Kentucky comes into this game needing badly to prove that it's defense is not as bad as it looked against Louisville, and it looked plenty bad. The Cardinals shredded UK for 466 total yards in a balanced attack that saw both the run and the pass roll up big yards and put plenty of points on the scoreboard.

The Wildcats offense looked fairly competent last week, and figures to be able to move the ball against a Kent St. defense that surrendered 316 yards to mighty Towson St, 246 of them through the air. Kent St. boasts a solid linebacking corps, but their lines are smaller than BCS school lines, including Kentucky, and that figures to be UK's biggest advantage.

Another bright spot for Kentucky has been special teams. UK produced 120 yards on kickoff returns, good enough for 16th in the country last week. Not only that, Kentucky's punt coverage against Louisville was outstanding in every way, and UK leads the nation in that statistic. It's true, I swear!

As for Kent St.'s special teams, well, there is this:

Joker Phillips told us all pre-season that the special teams were getting the job done, and he was right about that in spades. He spent all of last week, along with other coaches and players, claiming that the UK defense is much better than they showed at Louisville. This week we'll find out if the defensive players can translate from the practice field to the game. I hope so. Also, Phillips has assured us that younger players will be getting in early on defense, so that should be interesting.

Offensively, we will be without CoShik Williams, but Raymond Sanders III and Dyshawn Mobley, the young stud who couldn't contain his disappointment with playing time and took to Twitter to complain, will be getting some carries. I'm not sure if this is a reaction to his hard practice work or Phillips deciding the best way to introduce the young man to college football is to toss him head-first into the deep end and see if he can dog-paddle.

Well, that's what I have. Enjoy the tailgate, and the game thread will be up, as always, shortly before kickoff.