Some things we learned from Launch Day of the new SB Nation platform, and some things I need to do better. 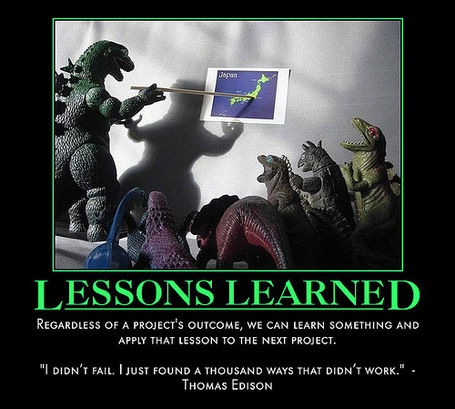 Whew! I'm glad that's over. Launch days are always hell, and this one had its share of challenges. It went smoothly from an overall standpoint, but there have been challenges.

There are several things we learned that I want to pass on right away. If you are having trouble, read this:

I'm going to be accumulating all these little tips into a document that everyone can access, so if you come across something you think everyone should know, let me know by email or in the comments below. I'll be posting one of these threads for the next few days, or maybe longer, till we address the majority of issues people are having.

Since I have been working with SB Nation circa December 2006, I have been present at the birth of the blog and at the launch of two new platforms. Although I did not start the blog, I was with it from the beginning when it was called "Bogans Heroes," came on board as a writer in August of 2006, and a mere eight months later took over from Joshua Weill as the manager of the site.

Since then, we have seen two major launch events. The first was back in the spring of 2008 when we replaced the old Scoop platform with a brand new design written in house, from scratch. That was a pretty dramatic change from good old Scoop, and it took a while for everyone to appreciate all the new features. At the time, that thing was cutting edge, and it was rolled out to our sites in waves.

This could be considered version 3.0 of SB Nation, regardless of how the developers refer to it. This thing is just as revolutionary as the older platform it just replaced. It took man-years of programming, graphic design, and project management to get to this point.

As you would expect, reactions have been mixed. Those who dislike change reacted negatively, those who had problems figuring out the new layout were skeptical, and those who embrace change, well ... they embraced it. But embracing change is not the same thing as declaring something perfect, and this updated version of SB Nation most definitely is not.

So if everyone who is having trouble with the platform of any kind, including, but not limited to:

Please send an email to support@sbnation.com describing your problem in as much detail as possible. If you can, include a screenshot illustrating the problem, but if not, be sure to include what browser you are using, what operating system you are running, and if possible, the version of the browser. That will help the programmers fix, address, or consider revising the platform. You may think your feedback is unimportant, but it could lead to just what you are looking for.

When it comes to the layout of A Sea of Blue, you can address your comments to me, preferably through email, aseaofblue@gmail.com. I will be working hard to get a more productive site layout as soon as possible. Right now, it is just cobbled together with bailing wire and bubble gum, and that is largely because I have never really properly set up the sections that now are a major factor in how the site operates.

Thank you all for your feedback so far. Keep in mind that I am a human being, not a public utility, and when you send me comments or messages like "I hate it, make it stop, go back to how it was!" you aren't being helpful and, depending on how tough my day is, isn't likely to get the kind of response you want. I do apologize if I offended anyone yesterday, but this has been a very tough week. That happens.

Try to understand that while I want to help, asking me to do so with such cryptic comments as above is unreasonable. Please be specific as to what is causing you heartburn, and if it has to do with the new platform, send a report in to SBNation. If it has to do with the site layout, I am the guy that can and will help if you will let me.

Thanks to all for your understanding and continued support.

SB Nation United: Getting to Perfect (as possible)