Welcome to the A Sea of Blue Virtual Tailgate, the first of the 2012 football season. The summer is finally behind us, Labor Day is upon us, and the college football season kicked off this weekend with some great matchups. Unfortunately, not all of them turned out to be competitive.

Alabama steamrolled the Michigan Wolverines last night, but the mighty Oklahoma Sooners struggled against the UTEP Miners in El Paso, and Arkansas St. put up 34 points against the Oregon Ducks. It wasn't enough, though, because the Ducks hung 57 on the Red Wolves. But if you think that was the most points scored last night, you'd be wrong -- Florida St. Seminoles put up 69 points on the Murray St. Racers. Ouch.

Probably the best game I watched last night as the Clemson Tigers vs. the Auburn Tigers. That game was competitive right to the end, but when the smoke cleared, Clemson scored a touchdown in the games final 2 minutes. Andre Ellington and Tajh Boyd were brilliant for Clemson, as was DeAndre Hopkins. Kiehl Frazier, the QB for Auburn, had a solid game, as did Tre Mason and Onterio McCaleb running the football.

But enough about last night. It's time to tailgate and talk Kentucky football

Since this is the battle of two teams from Kentucky, there isn't really any particular cuisine that is unique to Lexington or Louisville, so we'll just do the best with what we have. Starting off with the cocktail, you know that the Bluegrass is home to one of the finest liquors made anywhere, and by that I mean bourbon. So today's kickoff libation will be none other than the Manhattan Cocktail: 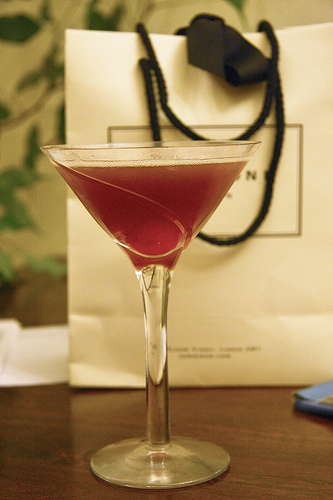 Although I generally consider the Manhattan to be an abuse of the very finest bourbons, which in my vierw should only be served neat, some bourbon needs a little help to make it ideal, and adding a bit of sweet vermouth and a dash of bitters makes for a very tasty concoction. While I have seen it served with ice, the Manhattan should ideally be mixed like a martini, shaken over ice or, even better, stirred with ice and then strained into a glass. Tasty, but this drink is not for the rum punch crowd.

For the appetizer, to me, nothing says "The South" like fried food, and the very first time I had deep fried dill pickles, it was at Genny's Diner in Louisville, which was unfortunately closed back in 2010. Now, this wasn't invented here as far as I know, but as an appetizer, it is surely one of my favorites: 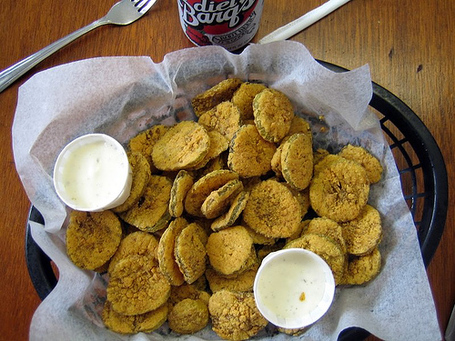 Served with a little ranch dressing on the side, these look just like the ones I got served at Genny's. A tastier fried warm-up is hard to imagine.

One thing no tailgate should be without is beer, and today, we are going to be serving a new Kentucky classic: 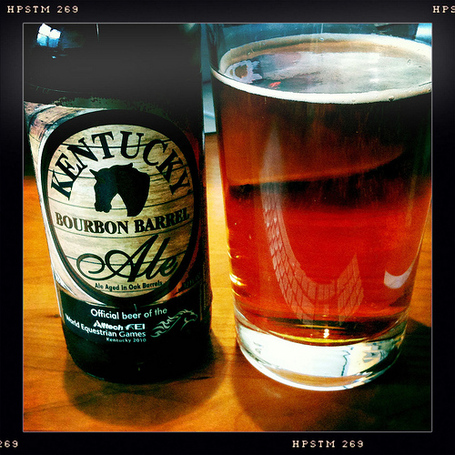 At last, it's time for the entrée, and today's choice will be a classic Kentucky dish. No, it wasn't invented in the Bluegrass, but Kentucky has put their stamp on this outstanding stew. I just had some the other week at the Kentucky State Fair here in Louisville, and it was delicious. 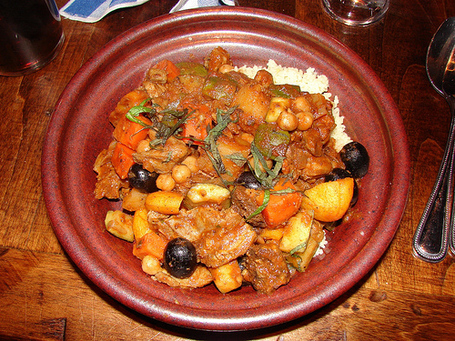 Now that's a fine meal, I think, and there's only one thing left to top it off. Dessert.

On a hot, steamy, and likely rainy day, there's only one thing that fills the bill: 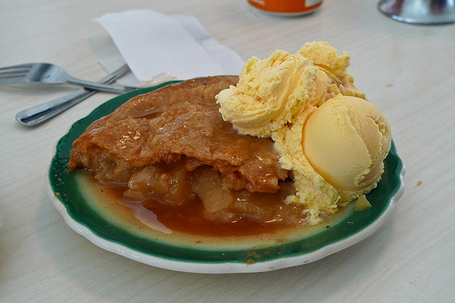 Oh, yeah, babe. Warm apple pie with a huge scoop of vanilla ice cream. That is a dessert that every lover of the sweet can get behind, and it's a fitting end to a fantastic meal.

Now that you've been fed, let's talk a little football. This is the big rivalry game on our schedule every year. The Wildcats and Cardinals have always been at odds over everything you can name, especially when it comes to sports, and when these two schools meet in any contest, you can bet that neither team will give an inch.

Today, the Las Vegas line for the game is 14 points, but neither Alex, John Clay, nor I believe that it will be anywhere near that lopsided. In fact, John Clay and I picked the exact same score, 21-20 UK. I announced mine to the world Friday evening on Larry Glover Live, where I am now a weekly guest at 6:35 PM.

I believe in order to win this game, Kentucky's lines must be better than anyone expects. On the offensive side of the ball, Kentucky needs to establish the run game early, and that will be a challenge against Louisville's more experienced defense. That means the line has to block their schemes well, and get some lanes open for the UK backs to run through.

I expect we'll see a lot of CoShik Williams early, and if he is effective (and the weather isn't sloppy), it should allow Maxwell Smith to take a few shots down the field. If Kentucky is playing in the slop, it will favor the Wildcats' deeper running back corps, particularly if the bigger backs like Jonathan George, Justin Taylor and Dyshawn Mobley trying to pound the ball between the tackles. A sloppy field does not favor smaller, quicker backs like Williams or Raymond Sanders III, or Louisville quarterback Teddy Bridgewater.

Defensively, Martavius Neloms must play well. He's likely to be left playing the boundary for his skill at run support and experience at the position, which means he's not going to get a lot of safety help. The biggest fear I have in this game concerns our defensive secondary, where we are very thin on experience and have a lot of true freshman backups.

I hope the UK players were watching what Alabama did to Michigan's Denard Robinson, a dual-threat quarterback similar to Teddy Bridgewater. If Kentucky can contain Bridgewater like that without having to send a lot of blitzers in, then the Wildcats have a real chance to upset the Cardinals. Kentucky's defensive line is among their biggest strengths, so they must get pressure on Bridgewater without setting him lose to make yards with his feet.

At the end of the day, the Wildcats need to run the ball effectively to have a chance to win, and keep Bridgewater from running amok on offense either with his arm or legs, or letting Louisville's big backs push into the second level where Kentucky lacks experience. It's a tall order, but nothing is easy in a rivalry game on the first weekend of college football.

That's what I have. The open game thread will be up, as always, shortly before the game. Let's get this team started the right way, and shock the world.