NCAA Basketball: Offense versus Defense in the 2012 NCAA Tournament

Share All sharing options for: NCAA Basketball: Offense versus Defense in the 2012 NCAA Tournament 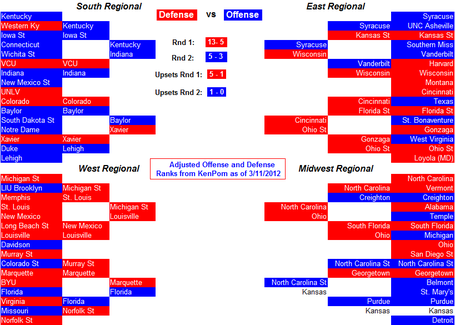 This chart shows whether each team in the NCAA field of 64 is defense-oriented or offense-oriented based on which was ranked highest in Ken Pomeroy's adjusted offense/defense rankings at the end of the regular season on Selection Sunday.