Welcome to the virtual tailgate for the Mississippi St. - Kentucky football game. Pull up a virtual chair and join us in some virtual food, drink, and football talk

Welcome to Week 6 of the college football season, and the Virtual Tailgate for the Mississippi St. Bulldogs at Kentucky Wildcats football game. As usual, we'll be serving up some great virtual cuisine in honor of our guests from the Magnolia State, and talking about what it will take to pull an upset over the #20 MSU team that comes into Commonwealth Stadium today.

When I think of the state of Mississippi, I think of the deep south. I think of the Gulf Coast. I think of all kinds of tasty Deep South food. But before we get to that, and owing to the fact that this is an early game, we have to have some kind of eye-opener for a cocktail.

Today's cocktail of choice will not be something invented in the South, but it's really a great way to start a day, and something that I enjoy occasionally on the weekends for breakfast: 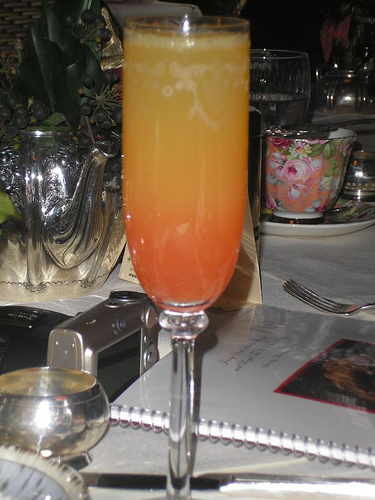 A nice Mimosa. This thing can be made a bunch of different ways, including with blood orange juice, which gives this particular version a nice reddish tint at the bottom. But me, just plain old fresh-squeezed OJ works great.

For appetizers, we need something with a little heat, but easy to eat: 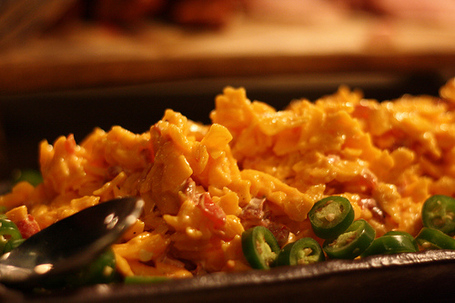 Pimento cheese is one of those things almost everybody likes. Not the store-bought kind, but the kind you make at home, on a nice water cracker or Ritz. Your choice.

For the main dish, we'll have something familiar to every Southerner I know: 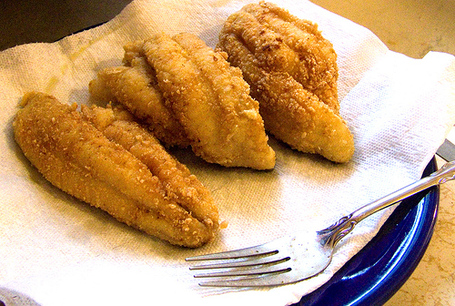 Oh, hell yeah! Corn meal coated and deep fried to a golden brown. Catfish has come a long way, and just like every other food I know of, fried = delicious.

We can't serve fried catfish without: 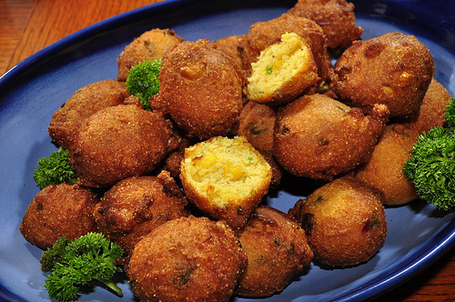 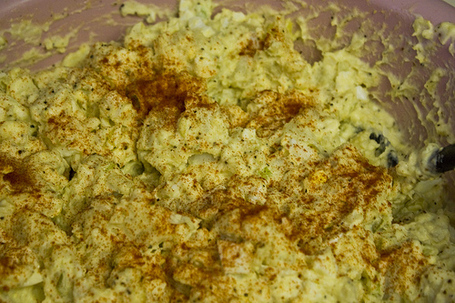 Potato salad (via The Infamous Gdub)

Tater salad, yo! I thought about coleslaw, but we've had that recently.

Finally, for the non-fish eaters, we have to have a little: 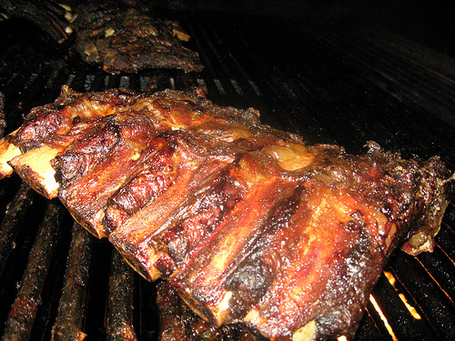 Hey, Memphis is practically next door. Must. Have. Barbecue!

To wash all this down: 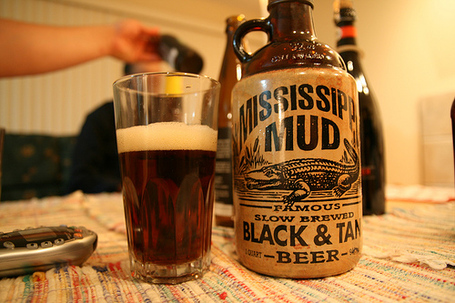 We don't mess around here, folks.

For desert, how about: 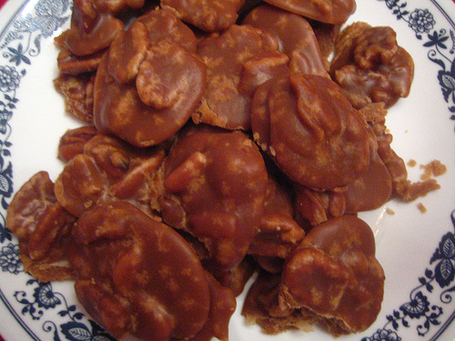 Or as Emeril Lagasse would say, "Prawleens." Hope y'all don't have nut allergies!

Well, now that we're all lfed, Let's talk football. Today, we have yet another tough one, but it darn sure doesn't look as futile as the teams we've had to face to date in the SEC. Mississippi St. is a quality team, but Kentucky has the home-field advantage and I think this team is improving.

On the downside, we have some really bad injuries that have put us in a tough spot. Maxwell Smith is down with a torn ankle ligament, most likely for the year, and we are now looking at running two true freshmen at quarterback. Jalen Whitlow has performed pretty well so far given the limitation of his youth, and complexity of Randy Sanders' offense. We have never seen Patrick Towles perform in a Kentucky uniform, so none of us have any idea what to expect from him. I think all of us have high hopes, but let's not let them reach unrealistic levels. I recall Max Smith's first couple of SEC games with horror.

Also, Kentucky's best running back, CoShik Williams, is out for the year and for the rest of his UK career with a torn laburm in his hip. When the injury bug bites around here, folks, it takes a chunk of meat with it.

Defensively, Kentucky must stop the power running game of Mississippi State, most especially what is known as the "Power O":

The key to the Power O is a fullback or H-back sealing off the defender on the end of the line to which the play is running and the guard on the opposite side "pulling," which means he retreats and sprints to the play side. That guard serves as lead blocker for the tailback.

Kentucky has struggled with this play, and variations of it, all year long, which is why we are second from the bottom in rushing defense this year. The good news is, half of fixing a problem is knowing it exists. The bad news -- that other half can be a real bitch.

But such is Kentucky's lot in this game. If they yield yardage to the power running game at the clip they have all year, this game will be over before it starts. Mississippi State will rack up huge possession totals, wear down Kentucky's defensive interior, and unless the Whitlow-Towles dual-headed quarterback turns Kentucky's offense into the Oregon Ducks, it will be another frustrating day for Joker Phillips & Co., along with the rest of us fans looking for a victory.

That's what I have for now. The game thread will be up, as always, shortly before kickoff.