Welcome to the Virtual Tailgate for week 9 of the college football season. This week, we enjoy the delicacies of the Midwest and talk about the Kentucky-Missouri game.

Here we are in the 9th week of the college football season. It's about this time when football and basketball begin to compete with each other for attention, but fortunately, there are no Saturday basketball games until December, so the football Wildcats will have the weekend mostly to themselves.

For today's tailgate, we'll be sampling the delicacies of the Show-Me State, or as close as we can come to approximating them. Missouri's campus is located in Columbia, and Columbia sits about halfway in-between St. Louis and Kansas City, approximately 120 miles from each along I-70. The Missouri campus is located some 470 miles from Lexington.

Now that we know where the Missouri Tigers live, let's get the table set for our tailgate. As usual, we begin with the cocktail, which, in this case, is meant to warm us against this sudden blast of cold: 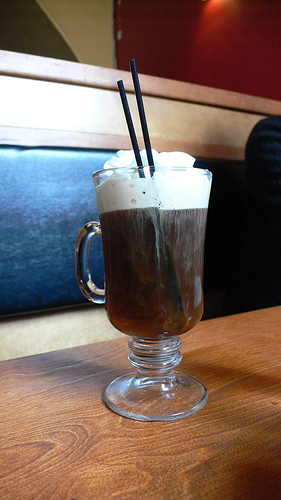 A real Irish coffee (via magerleagues)

Hot, fresh pressed coffee (we don't do drip here at A Sea of Blue) with a jigger or so of Jameson's Irish Whiskey (or Tullamore Dew if you prefer), a bit of brown sugar and some optional fresh whipped cream. Definitely a warmer-upper.

From there, we jump to the appetizer. Today, we'll be having an appetizer to take the chill out: 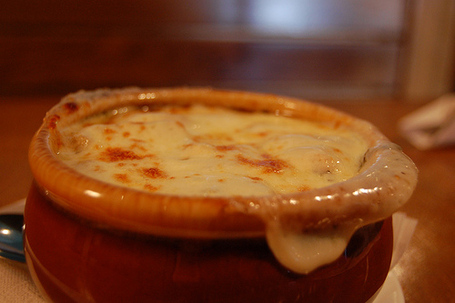 Nothing like hot, melty, French onion soup to start the tailgate out right.

Now, for the main course. There are so many things, but let's go back to the 1904 St. Louis Worlds Fair for: 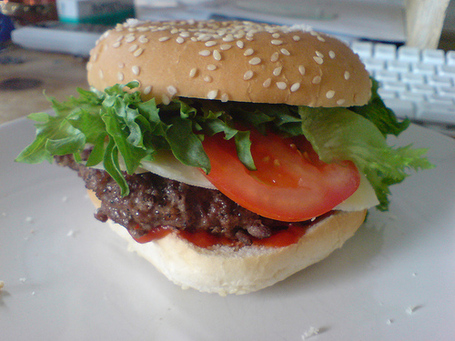 The Hamburg Steak as a sandwich, now known as a Hamburger. Nothing is better than this as tailgate food, and even though it wasn't actually invented in Missouri, it got it's main USA introduction there.

With hamburgers, we must have: 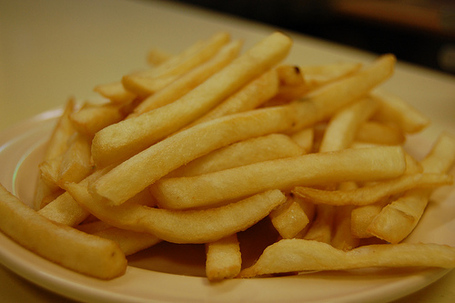 So they weren't invented in France. Who cares?

Finally, our second side dish: 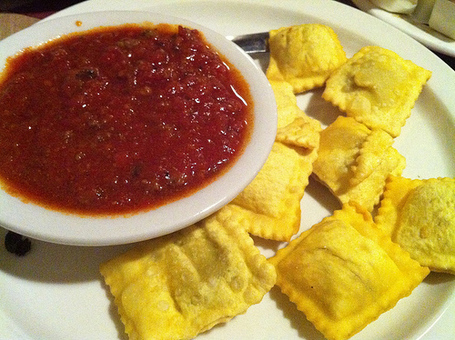 Beer. We must have beer. And because St. Louis is the home of one of the most famous brewers in the world, we'll be having one of the great American beers: 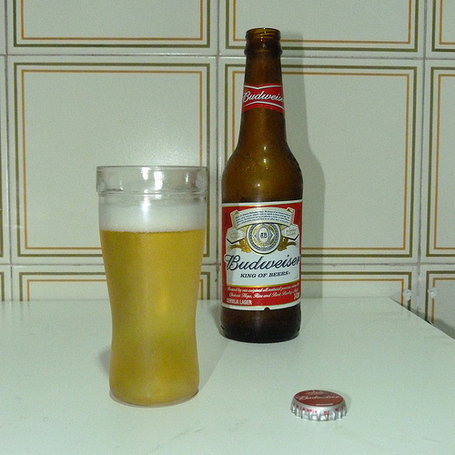 Finally, desert. How about: 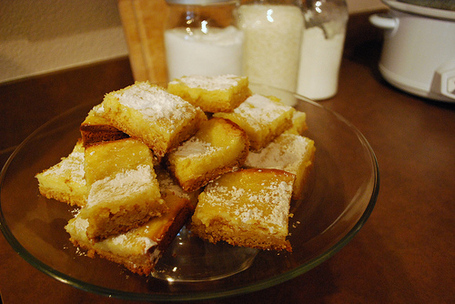 A Paula Deen favorite, and one of mine as well. Forget your waistline, just enjoy it.

Kentucky and Missouri have both had disappointing seasons this year, to say the least. Missouri expected to build on last year's 8-5 season, but the SEC, and a rash of critical injuries, has proven too much for the Tigers to overcome so far. Missouri has had to host the Georgia Bulldogs, just like Kentucky, as well as the Alabama Crimson Tide. They've also had to travel to the other Columbia in the SEC to face the South Carolina Gamecocks.

None of these contests ended well for Mizzou.

For this reason, and the fact that primary offensive threat, QB James Franklin, is out with a sprained MCL, the Tigers are more vulnerable than expected to an upset by a weak Kentucky team that seemed to find something against the Georgia Bulldogs.

The reality is that we may be getting our hopes up for naught. The Dawgs always seem to struggle against the Wildcats, so it is possible that this is just a case of one team playing down to the other. Plus, that happened in the friendly confines of Commonwealth Stadium on homecoming, and we now face Missouri for their homecoming in their stadium.

If Jalen Whitlow can build upon a very respectable performance from last week, and Jonathan George and Raymond Sanders III can run the ball as effectively as they did against Georgia, Kentucky has a real chance for an upset. Whether backup Missouri QB Corbin Berkstresser can gash the Wildcats' secondary like Aaron Murray was able to do is an open question, but for sure, Kentucky must do a better job against the pass than they did against Georgia.

This is an interesting football game for a couple of reasons, one is that Missouri is the first team Kentucky has played in a while that figures not to be a complete and utter mismatch. Second, this will be our first look at a game in Colulmbia, MO with the Wildcats as the other team, and that's always something worth watching. I'm going to go out on a limb and predict an upset today, 17-14. Kentucky is due, and Missouri might be taking UK lightly. They'd be justified to do so.

The open game thread will be up at the usual time. Go, 'Cats.