It's time again for our weekly Virtual Tailgate, where we enjoy virtual food and drink and talk about the game.

Welcome to the Virtual Tailgate for the Kentucky Wildcats at Arkansas Razorbacks game. As usual, we'll have a nice virtual meal featuring the cuisine of our opponent, then move right from that into talking about the game tonight.

Tonight is a battle of two teams who have been nothing if not disappointing to their fans. Arkansas lost their head coach to the off-season discovery of a years-long love affair with a younger woman who also didn't happen to be his wife, along with an attempt to deceive the university about what went on and when. Kentucky has been injured beyond belief, losing two quarterbacks, two running backs, four safeties and an partridge in a pear tree to injury, forcing them to play with a team composed mostly of freshmen and sophomores. Arkansas has also had several key injuries, and the result is a team looking for its first SEC win against a team who has exactly one, against one of the worst teams in the SEC this year, Auburn.

Ugly meats uglier. Well, you can't have everything. Lets eat. I get mean when I'm hungry.

First, for the cocktail. Arkansas isn't really famous for any particular cocktail, they pretty much like everything with alcohol in it. So we'll give them a little help by featuring a Kentucky liquor in a classic: 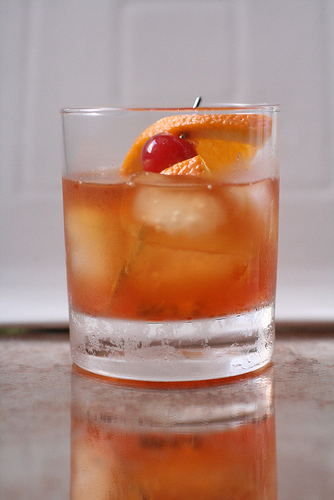 The Old Fashioned (via thebittenword.com)

Yeah, this one is a truly classic cocktail: a splash of soda, a few shakes of bitters, a sugar cube and some of your favorite bourbon, plus the garnish of your choice. Nice for a fall game.

Next we have to find an appetizer. As with much of the south and southwest, fried food is always welcome, and so what we'll be serving today is: 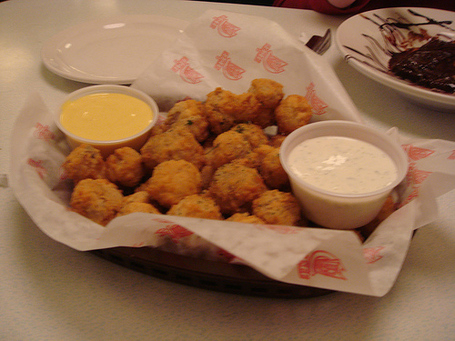 I love fried mushrooms. I have heard there are people who aren't fans of the fungus, and for them, we have some chilled shrimp with cocktail sauce.

Moving on to the main course, let's remember where we are -- Fayetteville, Arkansas, home of the Razorbacks. Razorbacks are pigs, so that means we absolutely must serve: 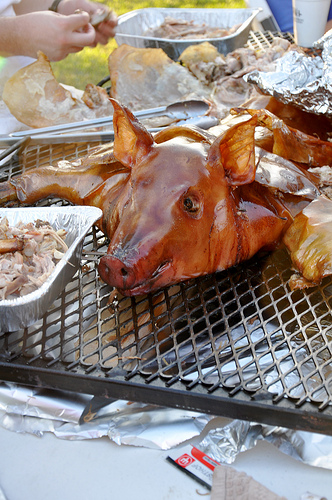 Here, piggy piggy. Yes, we've been all night getting this bad boy right. And it is.

Okay, for side dishes, how about: 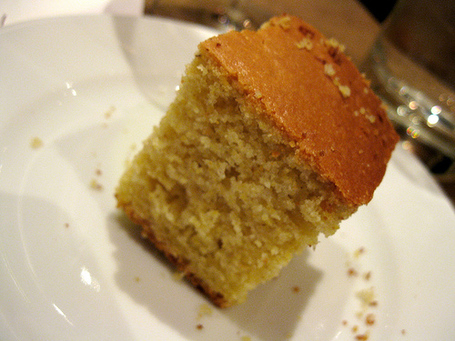 Nothing says "Southern" like cornbread. To go along with it: 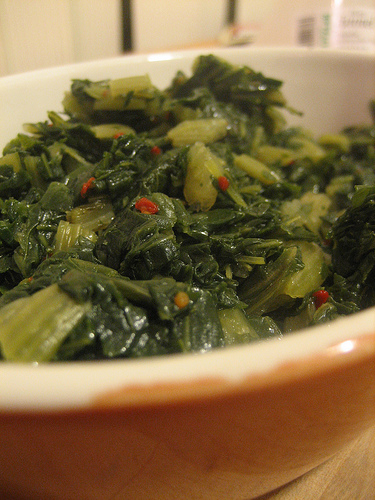 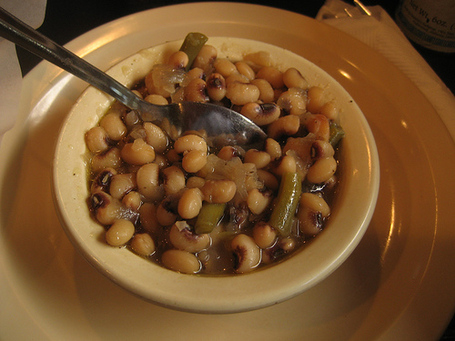 Now, that's a Southern meal. To wash it all down: 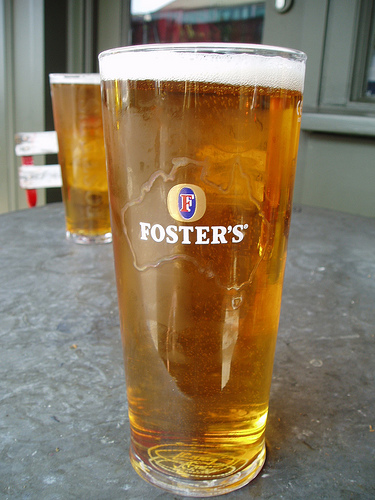 One of my favorite things from down under. No it's not from Arkansas. So sue me, I like Foster's.

Now that we're fed and our blood alcohol level slightly elevated in honor of the Razorbacks, let's talk about this game.

Right now, this represents one of four theoretically winnable games left on Kentucky's schedule, yet the Hogs are favored by 17 or 18 points, and should be. Arkansas may be having it rough, but they have a powerful offense that has just not really found its stride. The problem is, though, that the best part of Arkansas' offense, its passing game, puts it directly opposite the youngest secondary in the SEC and maybe in all of Division I, made younger by the loss of Ashely Lowery (concussion), Martavius Neloms (hamstring), Mikie Benton (ankle), Kory Brown (hamstring) and Glenn Faulkner (ankle). It looks like the Blaylock boys, sons of Mookie, will wind up starting at safety for the Wildcats. Cartier Rice is the only non-freshman projected to start in the secondary.

What this means is that these young players will have to take away the second-best passing offense in the SEC, probably the best now that Tyler Wilson is back to full speed. His favorite target, tight end Chris Gragg, is injured, but Cobi Hamilton and Brandon Mitchell (also a backup quarterback) have filled in ably.

Kentucky's defensive line was projected to be a strength of the team, but that just hasn't happened, much like the offensive line failed to live up to their billing last year. As a result, the real question is whether or not Kentucky can keep Arkansas out of the end zone at all.

Defensively, Arkansas has been solid against the run, but awful against the pass, even worse than Kentucky -- by quite a lot. If Maxwell Smith were available, this game would not be as big of a mismatch, perhaps Kentucky would only be a one-touchdown underdog, and we could wind up with a high-scoring game. But with Jalen Whitlow at the helm, we have no idea what will happen. Whitlow has showed moments of brilliance, moments of inadequacy, and absolutely no consistency whatever. But as a dual-threat guy, he can make life miserable by extending plays with his feet and allowing Kentucky's skilled receivers to get open.

Am I saying there's a chance? Yes, but it's a small one in my view. The game thread will be up at the customary time, around 10 minutes before game time.