Share All sharing options for: Final Four in Pictures

I'm home from the Final Four and finally getting back to reality.  The game on Saturday night was an unbelievable experience both because of the shear atmosphere of the place and the excitement surrounding the actual game itself.  UK fans were out in force and I'm not sure how it sounded on television, but the BBN voices were incredibly loud inside that stadium.  Several people from other teams and simply people from Houston who attended Saturday night's game commented on just amazing our turnout was.  "Wow, y'all really showed up", they said.  They were impressed and so was I.

It's been mentioned ad nauseum other places, but from someone who was actually inside Reliant, let me just tell you how enormous it was.  It was gigantic, massive and all other adjectives you could possibly think of to describe the place.  I'm sure it's a great place to watch a football game (which, of course, is its main intent), but it was sort of weird to watch a basketball game there.

Our seats were behind the western basket and we were pretty high up, but in talking with some people who had lower level seating it appeared that we might have had the better seating than those who were nearer the floor because we had sort of an overhead view and could see the whole entire floor and the players instead of looking over and around other people in order to see.  Watching a basketball game live with 75,000 people is really, well, different.

The end of the season is always hard, but for me I think this end was particularly hard to swallow not because we lost because I think this year ended better than I ever imagined it would have, but because of the fact that I was not in my usual comfortable surroundings.  I sort of felt like I was wandering around aimlessly.  Looking for some sort of closure, but nothing around me was familiar so that made it tougher than normal, I would say.

Sometimes you don't get the full appreciation of a situation until after it's gone, and at the time of our loss and then when you add in the fact that we had to soberly suffer through the worst FF championship game in history, well, you could say that I was pretty bummed initially.

But, given a few days to reflect and get back home, I can honestly say that this was a great trip and the FF was a fun experience.  I would definitely do it again, UK playing or otherwise.

After the jump there are some pictures taken from Reliant from the average fans perspective.  I hope y'all enjoy them.  I had a blast taking them. 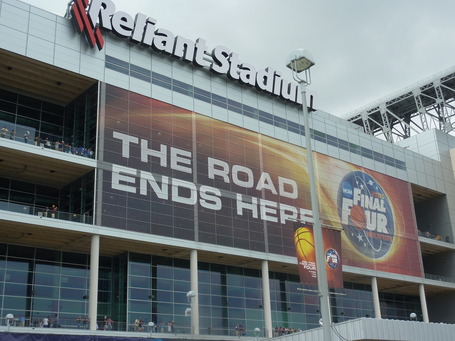 This was the tailgate outside Reliant before Saturday nights game.  They were serving beer and margarita's, but by the time we got up to the front of the line they shut down the bar.  We were pretty pleased, as you can imagine.  No alcohol was served inside. 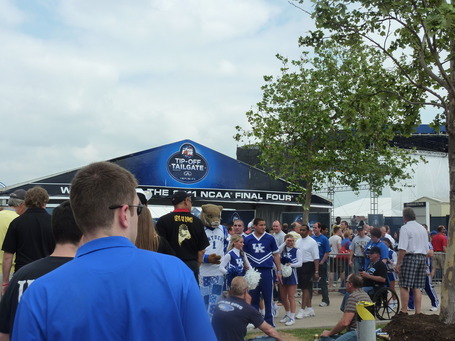 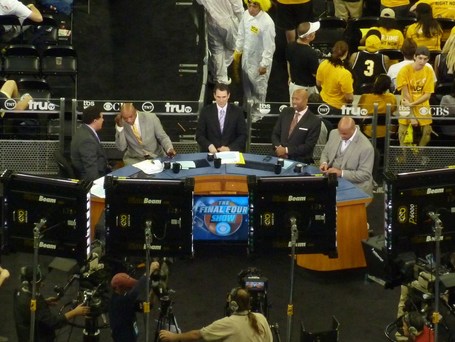 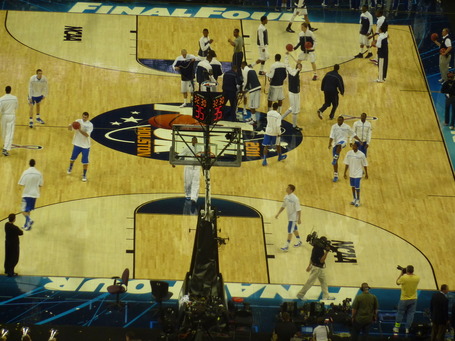 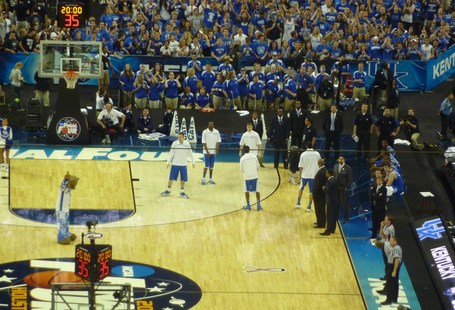 Pre-game huddle.  Right after they announced the names. 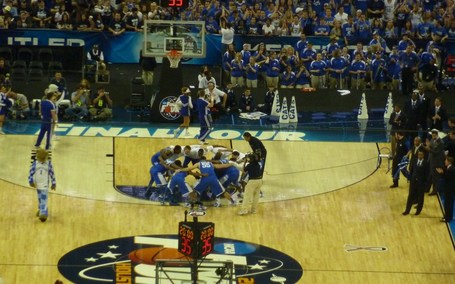 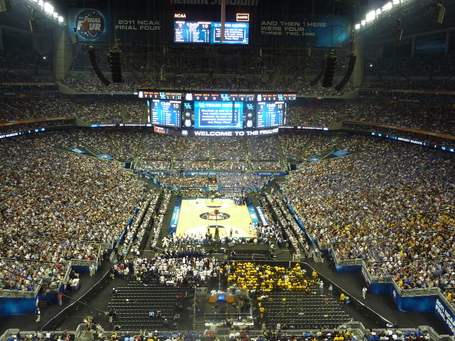 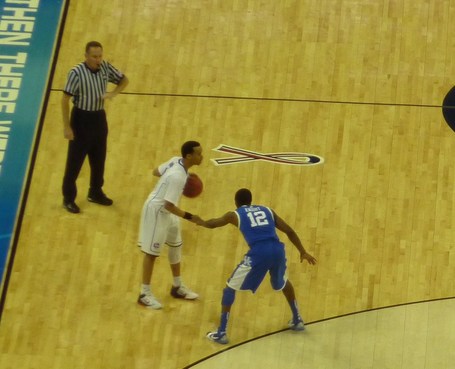 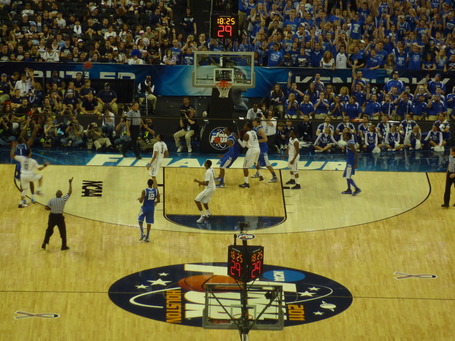 On offense.  You know, what there was of it.

UK cheerleaders doing their thing.  They were the best group by far.  Very classy and great performers, to boot. 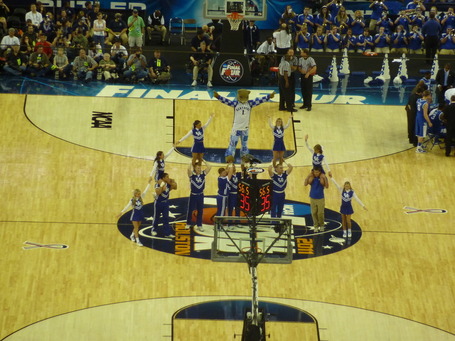 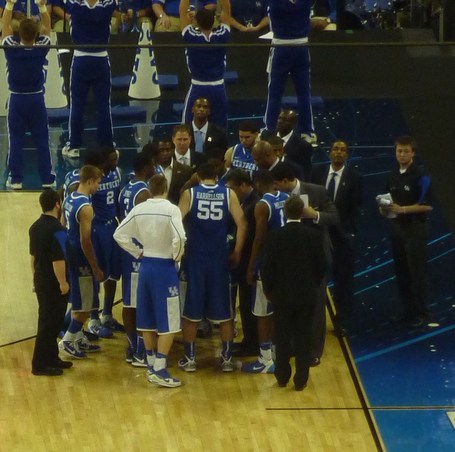 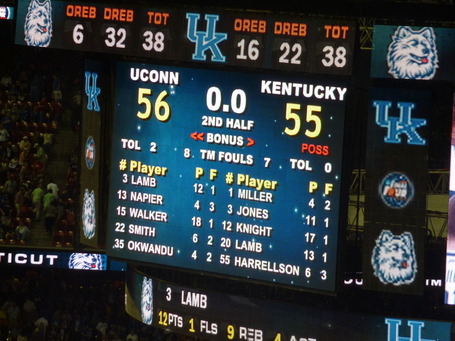 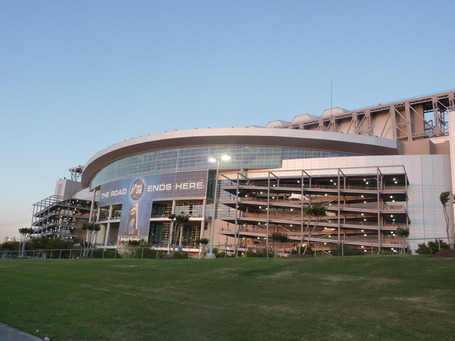