Share All sharing options for: Oldie but goodie: Elite 8 DSS

Over the summer I went back and watched the UK-UNC Elite 8 game on the NCAA Vault to record a DSS. I thought the results might prove interesting for tomorrow's game and a complement to Glenn's defensive analysis in his post below.

After the jump I'll present the results along with some thoughts on what it could mean for tomorrow's game.

One of the reasons I scored the game was to try out the Defense Box Score idea. At one point I had player match-up information too, but I seem to have lost it. 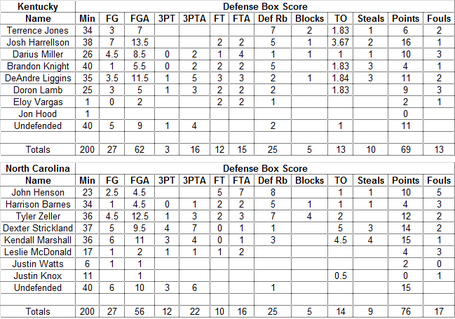 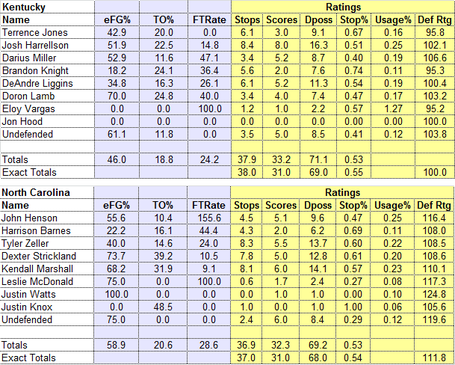