Share All sharing options for: **RIVALS: Calipari to UK:UPDATE**

THE STORY ORIGINALLY LINKED HAS BEEN REMOVED AND THERE ARE REPORTS THAT PERHAPS THIS IS NOT A SURE THING ... CONSIDER THIS A HICCUP UNTIL WE HEAR MORE ...

Memphis' Rivals.com site has posted a story saying that John Calipari has rejected the last offer from Memphis and he will take the head coaching position at Kentucky. Memphis has received permission to contact Missouri's Mike Anderson.

A Memphis-area television report, broadcast over the oddly entrancing live feed of the Memphis Athletics Department door,said that according to his sources several players were considering transferring to Kentucky to follow Calipari, including NCAA tournament freshman star and onetime UK target Roburt Sallie and fellow freshman Wesley Witherspoon. This is in addition to any potential recruits who might choose to follow Calipari from Memphis.

More as it comes. 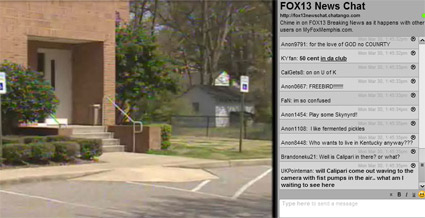